The MCA Fishing team heads off to Lake Ray Roberts for their second and last fishing tournament of the season. 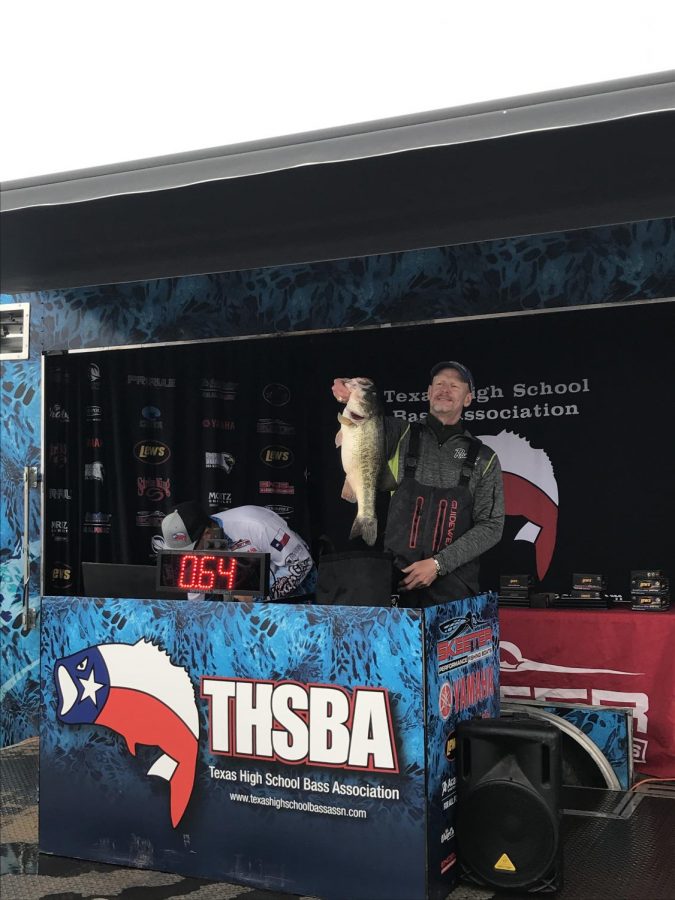 The beginning of spring is here, and fishing season is upon us. That means the waters are warming up and the bass are moving into shallow water to spawn and feed. The second and last tournament for the MCA fishing team is coming up quick, and the team couldn’t be more excited to catch some fish (especially after their last tournament on Lake Texoma).

The bitter cold and north wind that the team experienced in February at Texoma didn’t provide good fishing, and although it rained a bit, there were pleasant temperatures and a strong south wind. Gladly, there was some decent fishing on the first day because the second would be very tough.

On Friday, the boys got out on the lake to “pre-fish” before the tournament the next day. Pre-fishing is important because it’s a chance for teams to determine where the fish are located and how to catch them. Each boat caught at least two decently sized fish.

Saturday, everyone was out on the water by 6:30 a.m. and had taken their first cast at 7 a.m. That day, the weather fluctuated greatly: dark and cloudy early in the morning, heavy rain around noon, and sunny and warm during the afternoon. It was difficult for everyone on the water to catch fish, and all three MCA boats didn’t have a single fish on the boat when the tournament ended at 3 p.m. But there were a select few boats who crushed it, as the winner came in with a 30-pound bag of fish.

Jon David Cross, one of the MCA boat captains, caught himself a big fish weighing nine pounds and five ounces despite the confusing conditions. He won the boat captains side wager to see who could catch the biggest fish, and he was lucky enough to catch a winner.

Ending the first season of MCA Fishing with two losses is unfortunate, but in just a few years after the team has grown and matured, some more success and perhaps even a few wins may be in the future.