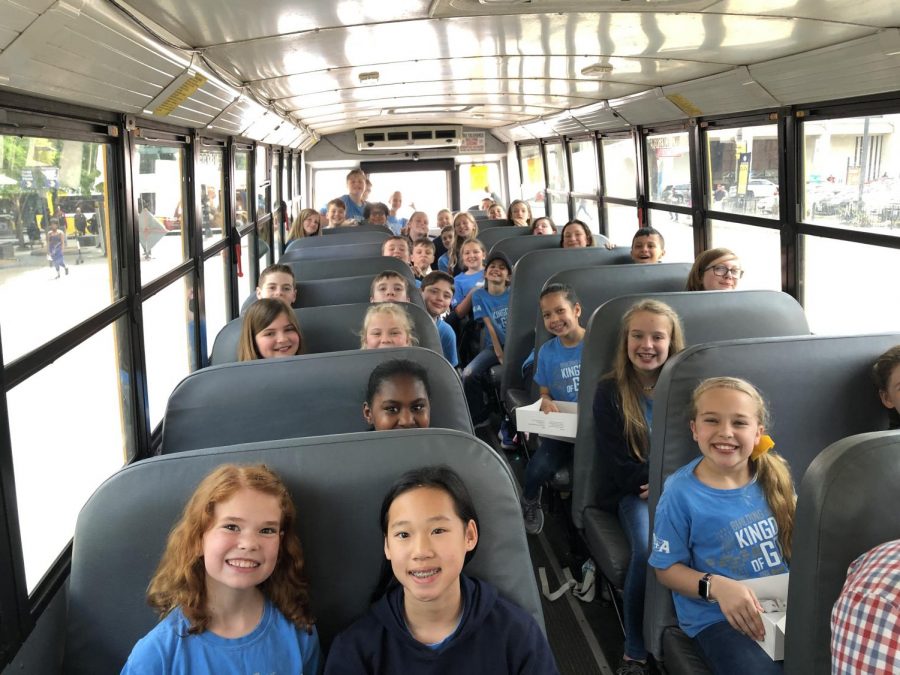 5th grade students smile for a quick photo before leaving for the museums.

Thursday, April 4, the fifth-grade class took a trip to Dallas for the day to learn more about the Holocaust and the assassination of John F. Kennedy. Students visited The Holocaust Museum and The Sixth Floor Museum. The Holocaust Museum serves as a “living memorial to the Holocaust” that inspires people worldwide to “confront hatred, prevent genocide, and promote human dignity.” At the museum, students learned details about how people were identified with numbers tattooed on their wrists, tortured, and transported. Student Alyssa Prahl was taken back and said this about the field trip to this museum, “One word, sad.” At the Sixth Floor Museum, students were able to walk through John F. Kennedy’s life and assassination. They were able to look out the exact window Kennedy was shot from. The museum had set up a part of the building exactly like it was on the day he was assassinated. Students being able to see these things in a museum helped them understand and grasp details of what they have been learning in class. After visiting the museums and gift shops, students ate Chic-Fil-A for lunch and headed back to school.