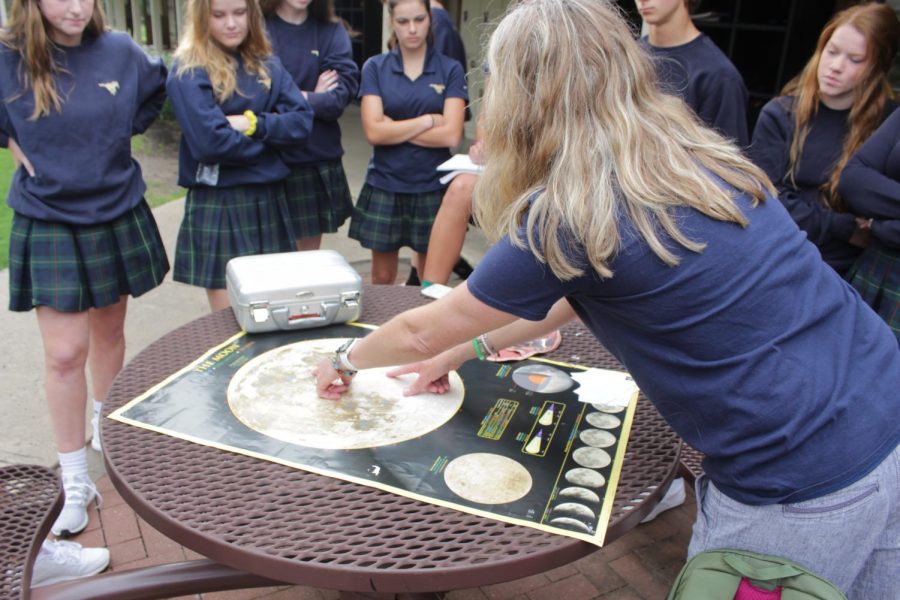 Boese explains to students which parts of the moon the samples were collected from.

McKinney Christian Academy middle school science teacher, Mrs. Boese, has been fascinated by space ever since she was young. Boese had the opportunity to get rock samples from outer space. She attended a three hour certification class in NASA’s Building 59. During this class, she learned more about space and had the chance to have the space rocks for a week and a half. Keeping these rocks is a dangerous and important job because the rocks are priceless and wanted by people all around the world. MCA’s policemen have to make sure no one tries to steal the rocks. These pieces of rock and dust are from meteorites that have crashed onto the earth. Not only this, but she also has actual rocks that have been collected from different parts of the moon. Boese shows her students what she has and has described the different parts of the moon which they have been collected. These incredible samples give us a better understanding of what space is really like. Not only do students get the opportunity to learn about the rocks but they are also able to touch them. Boese ended her interview by saying, “It’s pretty insane to have these rocks with me; it has been such an awesome opportunity.”

Psalm 8:3-4 says, ¨When I look at your heavens, the work of your fingers, the moon and the stars, which you have set in place, what is man that you are mindful of him, and the son of man that you care for him?¨