Last Friday the Mustangs defeated Coram Deo in their final scrimmage before the regular season. 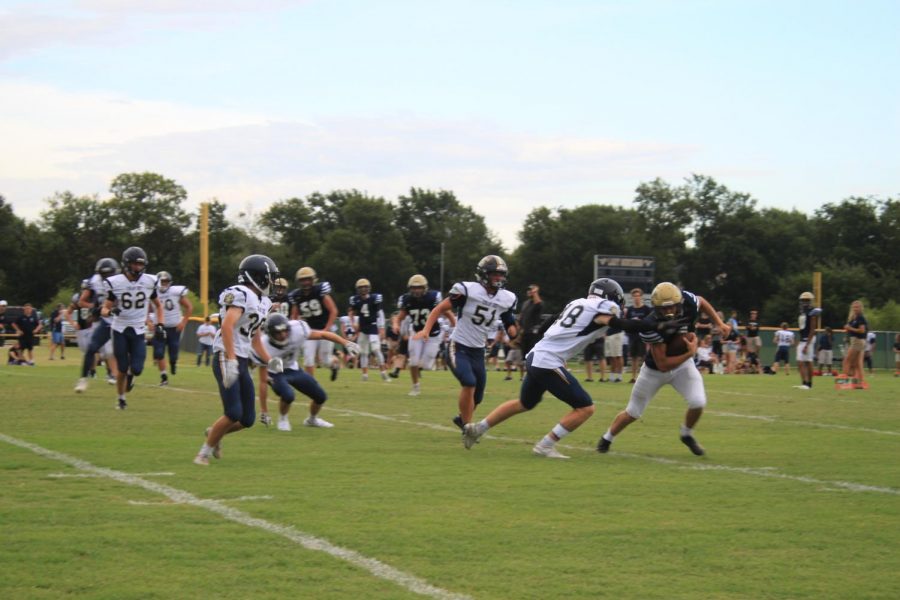 Cam Mitton breaks a tackle as he heads to the endzone.

On August 23, the Mustangs battled against the Coram Deo Lions in their second and last scrimmage until the season starts. The scrimmage consisted of each team switching off after multiple plays and one live twelve minute quarter at the end. During the segment of the scrimmage where the teams were switching off after several plays, Sophomore Cam Mitton was able to score three straight touchdowns and rush for more than 200 yards. The Mustangs were able to come out on top 14-7 during the live quarter after McKinney Christian forced a fumble on the one yard line to end the game. This game was a showcase of what this season could hold for the Mustangs. Junior quarterback Blake McGraw had this to say after the scrimmage,” I feel like this scrimmage was a great way to start the year and I can’t wait to see what this season holds for the team.” McKinney Christian will face off against Valley View in the first regular season game Friday, August 30 at Valley View.