The Lady Mustangs competed in the MCA Tournament of Champions along with 15 other teams from August 22 to August 24, they ended up placing third overall. 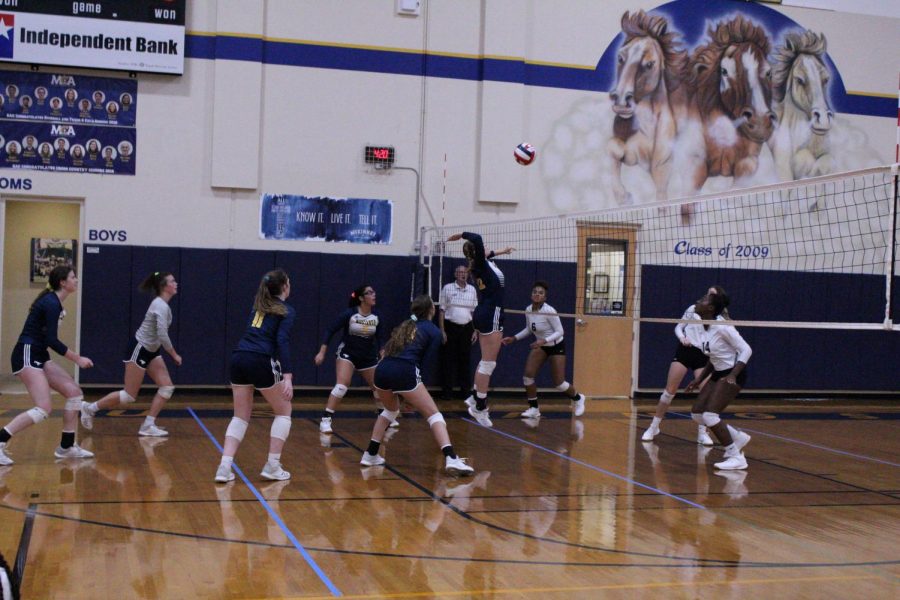 The 10th Annual MCA Tournament of Champions was held on Aug. 22 through 24. On the first day, the Lady Mustangs went 5-1 only losing to Rockwall Heritage. This placed MCA in the Gold Bracket. MCA hosted two brackets, the Gold and the Navy bracket. Sixteen teams were present in the tournament and eight were placed in both brackets, the Gold bracket taking the top two teams out of pool play and Navy taking third and fourth place teams. Pool play took place the first two days all leading up to the final day of the tournament. On the final day of the tournament, the Lady Mustangs came out to play and many of their fans came out to support. The Mustangs beat Tyler Grace in their first game in three sets taking them into the semi-finals. The Mustangs played Ovilla next in an intense series that ended with Ovilla taking the game in two sets. Senior captain Lauren Rose said, “It was disappointing to lose to Ovilla but it was definitely a learning experience.” The Lady Mustangs finished third overall with Hockaday winning the tournament for the second year in a row.