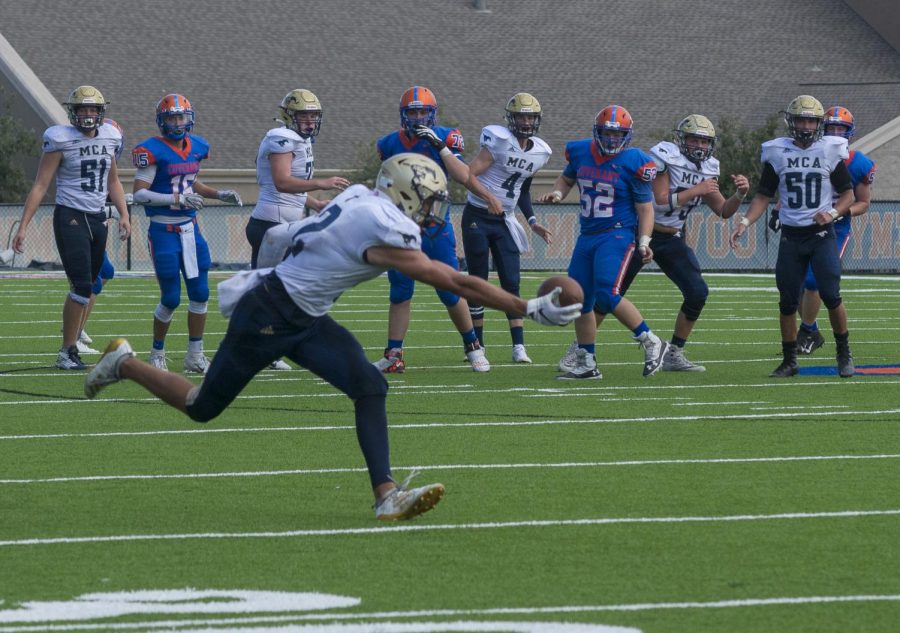 On Saturday September 21st, the Mustangs drove out to Colleyville to take on Covenant Christian on what would turn out to be a historic morning. The Mustangs advanced to 4-0 for the first time ever in a comeback win. Senior Ford Dossey received Honorable Mention from the Dallas Morning News Offensive Player of the Week with eight catches 179 yards and two touchdowns leading the Mustangs to their biggest win of the year that ended with a score of 31-23. The Mustangs were down 21-14 at halftime, but were able to persevere through their first defict of the year and take the lead back. This victory kept the Mustangs as one of only seven teams still undefeated in the TAPPS Dallas-DFW area. The Mustangs will take on John Paul II September 27th at 7:30pm at Ron Poe Stadium.