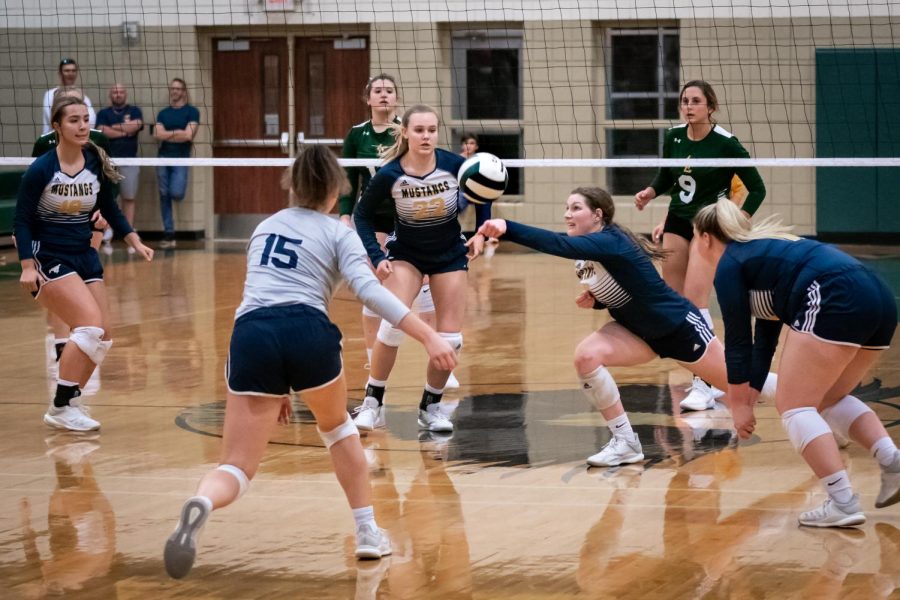 Senior captain Lauren Rose makes a dig to keep the ball in play.

On September 26,  the MCA Varsity Volleyball team traveled to Legacy Christian Academy to challenge their long time rivals. They were accompanied by a large student section and school spirit was at a high. The volleyball team lost in an extremely tight game consisting of five sets. The Lady Mustangs lost their first set by five points, but they rebounded fast and won the next two sets. The Eagles subsequently won the next set leading the two teams into the deciding fifth set. Emotions and effort were rampant in the last set and the score stayed neck and neck throughout the final set. The Eagles ended up pulling away with the win at the very end, ending the final set with a score of 20 to 18. Senior Captain Lauren Rose responded to the loss by saying, “It was tough to lose to Legacy but knowing that we played well allows us to continue to work hard throughout the district season.”