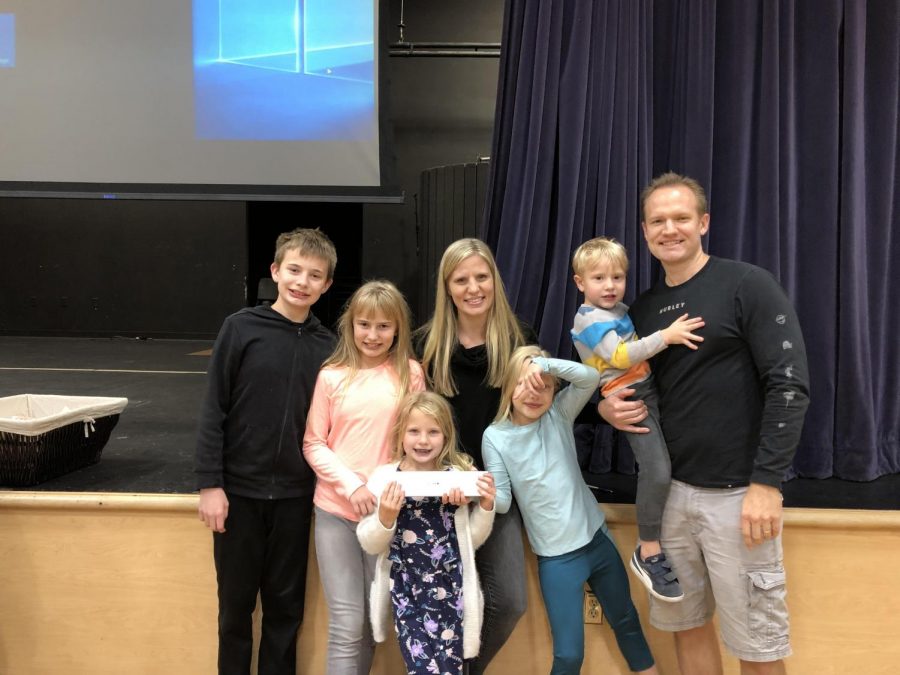 Winners of the Apple Watch, the Mejan Family.

Bingo Night did not disappoint as record numbers of students and families attended. On October 12th, MCA held its annual Bingo Night in the Student Life Center. The MCA Development office has been organizing Bingo Night for over eight years. Prior to the event, families were able to purchase pizza, drinks, and, of course, bingo cards. After each game of bingo, the winner got to choose a prize from the prize table. Every bingo card was collected and entered into a drawing for the grand prize, an Apple Watch. The Mejan family won the grand prize at the end of the night. Development Coordinator, Connie Gibson, said, “Every year Bingo Night is a fun evening, but this year was a great success. There were more parents and kids there than years past and everyone enjoyed a record number of pizzas.” Bingo Night, once again, was a great way for families from Lower, Middle, and Upper Schools to come together and enjoy one another’s company while playing bingo.