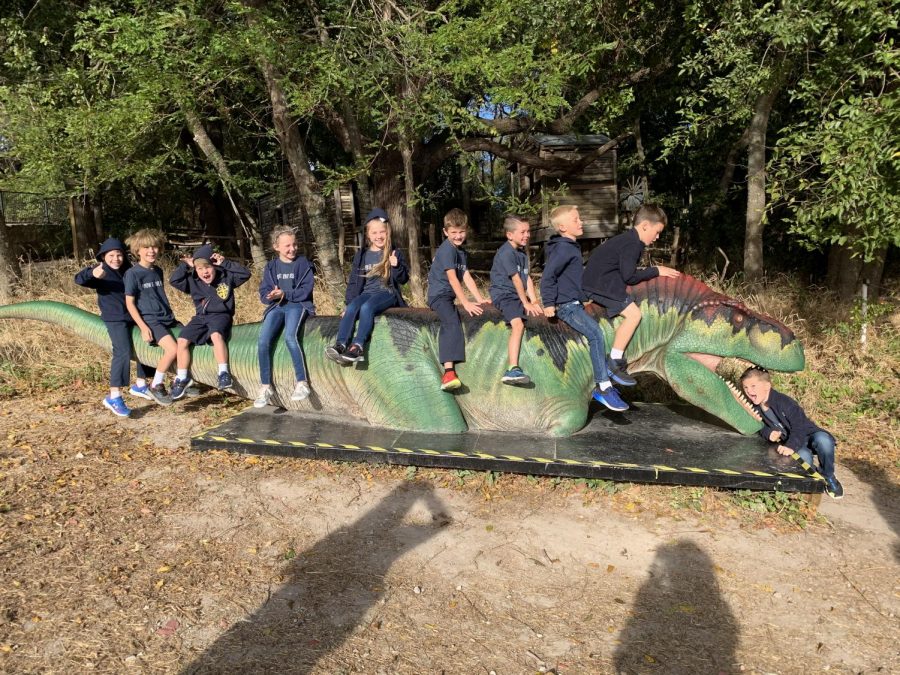 Second graders taking a picture while sitting on an electronic dinosaur.

The Heard Museum, a wildlife preserve in McKinney, was the destination of the annual second grade field trip. Second grade teachers, Denise Francis and Shannon Atherton, along with six chaperons, guided the kids to the museum this year. A docent, a museum guide, led the kids and chaperons on a trail tour and showed them the museum’s seasonal robotic dinosaurs. Second grader Luke Sunnucks said, “I liked the electronic dinosaurs the most because they were fascinating.” Throughout the hike, the guide led the way and told the kids interesting facts about the dinosaurs as well as the nature surrounding them. After the tour, the group had lunch in the amphitheater and then hung out at a log cabin village. The next trail featured injured animals where they got to see bobcats and raccoons. “My favorite part of the museum was seeing the owls and their babies.” stated second grader Makenna Clark. Once the students finished the last trail, they explored the butterfly garden. To finish off the day, the students explored the rest of the museum inside before leaving to go back to school.