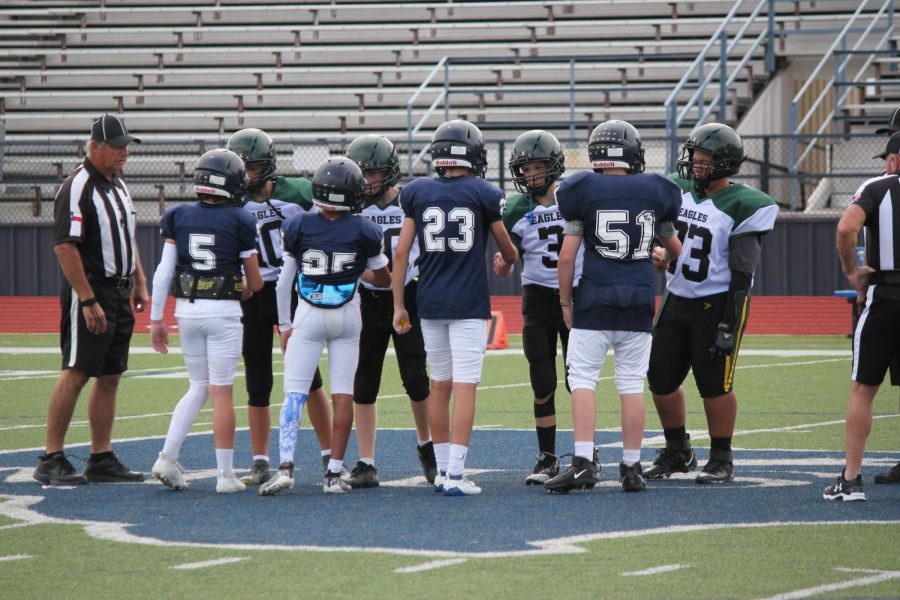 Captains meeting before the game.

The MCA Middle School football team currently has a perfect 7-0 record going into their last and most important game of the season. October 17, 2019 the Mustangs were able to get another thrilling victory over Episcopal of Dallas 34-0. This week, the Mustangs have a bye week and they are using it to do missions work at Feed My Starving Children and to prepare for the district championship.  The team’s aspirations for an undefeated season (8-0) will be challenged in the “Pumpkin Smash Bowl” verse undefeated Dallas Christian on Tuesday, October 29th at Dallas Christian. Coach Brady James stated that this year’s team has “exceeded expectations and have risen to the challenges that have come up throughout the season.” With a win, the Mustangs will go from not winning a game last season, to winning every single game this season.