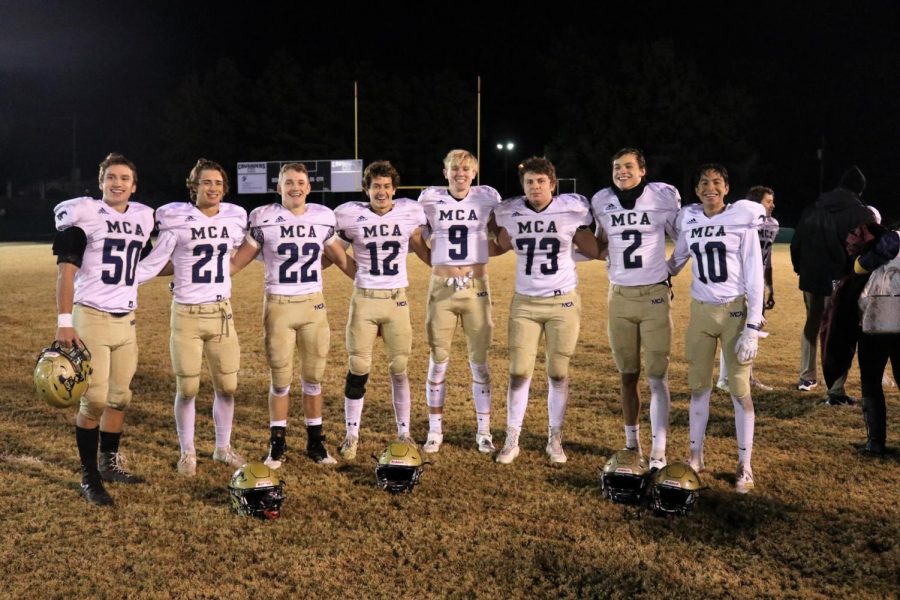 Seniors posing for their last picture in a Mustang uniform.

The Mustang football team headed to Tyler to face off against Bishop Gorman in their last game of the season last Friday, November 8th. The team ended strong with a 56-0 win and boosted their record to 5-5. In the seniors’ last football game, Blake Rogers, Ashten Hawthorne, Ford Dossey and Aaron Phillips were able to score a touchdown to top off their careers as Mustangs. Also, seniors Will Boese and Harrison Bailey were able to try something different as they went in as quarterback and running back and gained several yards for the Mustangs. Senior Sam Harrell stated, “In the 2019 football season, I came to see the vast amount of improvements our team made from last year. We had a better record and put up much better numbers than last year which should continue next year.” The team has high hopes as they will be taking on a new district next year in the 2020 season.