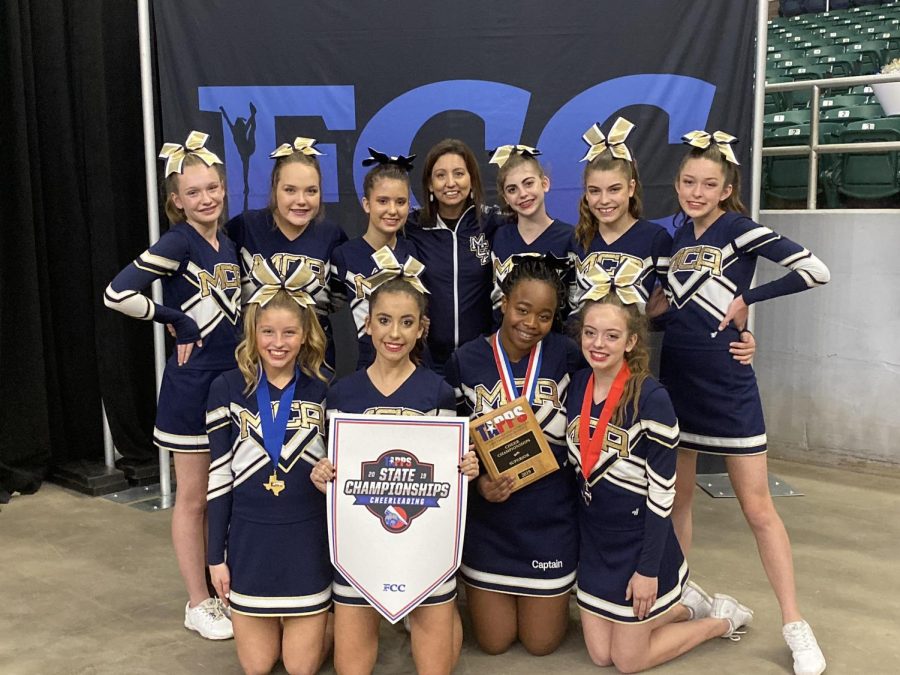 On November 17th, the MCA Varsity Cheerleaders traveled to Belton, Texas where they competed in the 2019 TAPPS Cheer Championship. The cheerleaders had been preparing their routine since June. After many hours of difficult practices, the cheerleaders performed their routine in the Bell County Expo Center once on the 18th and again on the 19th. MCA was one of the 13 teams in Division One Small Squad. To be in the group, teams must have 16 or less members on the squad. With 10 cheerleaders participating, MCA was the smallest squad. On the 18th, the varsity cheer team placed 11th out of 13th with that day’s performance counting as 40% of their final score. Due to their ranking, the team performed third on Wednesday the 19th where their performance counted for 60% of their final score. At the award ceremony, the varsity cheerleaders placed eighth place with a superior rating. Senior, Jasmine Holmes received TAPPS Honorable Mention, freshman, Karson Kurkyndall received 2nd Team All-State, Freshman, Lexi Pogue received 1st Team All-State.