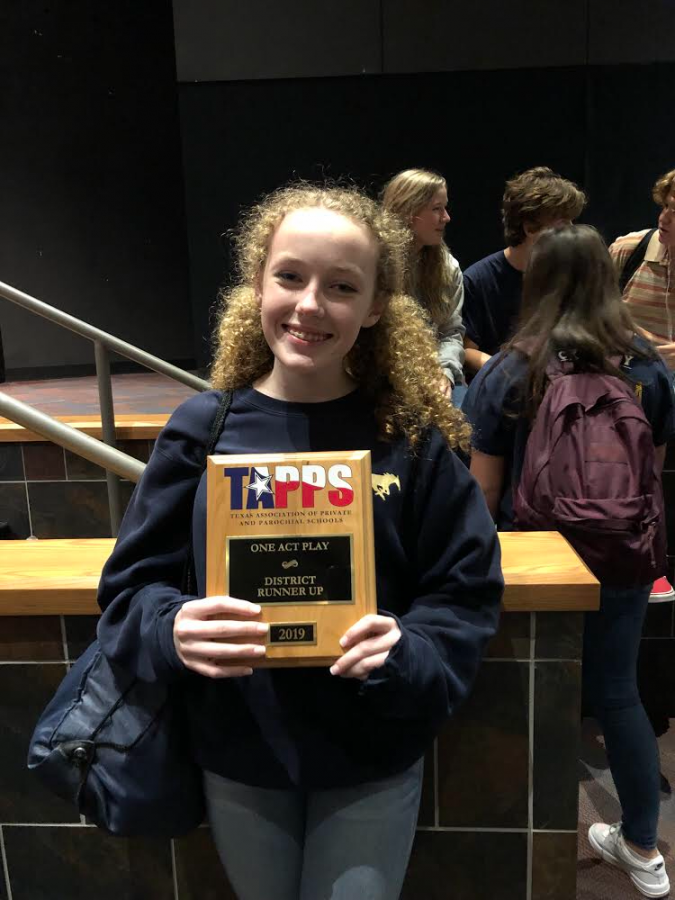 Birdie Martin holding a TAPPS award that was won at the One Act Play.

Birdie Martin is the first freshman to joined Advanced Theatre. When Martin was in 8th grade, theatre teacher Julie Tucker mentioned that freshmen had the opportunity to enroll in the advanced class. Martin was inspired to take the challenge of acting with a more experienced and developed class, so she auditioned. Upon receiving her schedule for freshman year, she saw her zero hour was Advanced Theatre.

This year, Martin has already been able to participate in the TAPPS one act play competitions. Martin emphasized how she felt being in a class full of upperclassmen saying, “I like being with the upperclassmen because they’re all like a big family. I have been able to make some friends that I can trust.” Martin enjoys the class because she believes that the students in Advanced Theatre are more serious about acting which helps her learn from them and better her performances. Martin said, “Although they may be a little crazy at times, I really like being around them.” In the spring, Martin will play the role of Babette in the production of Beauty and the Beast, as well as participate in other speech competitions, in hopes to continue becoming better at performing as the year goes on.