Football and Volleyball Teams Close Out The Season With High Recognition 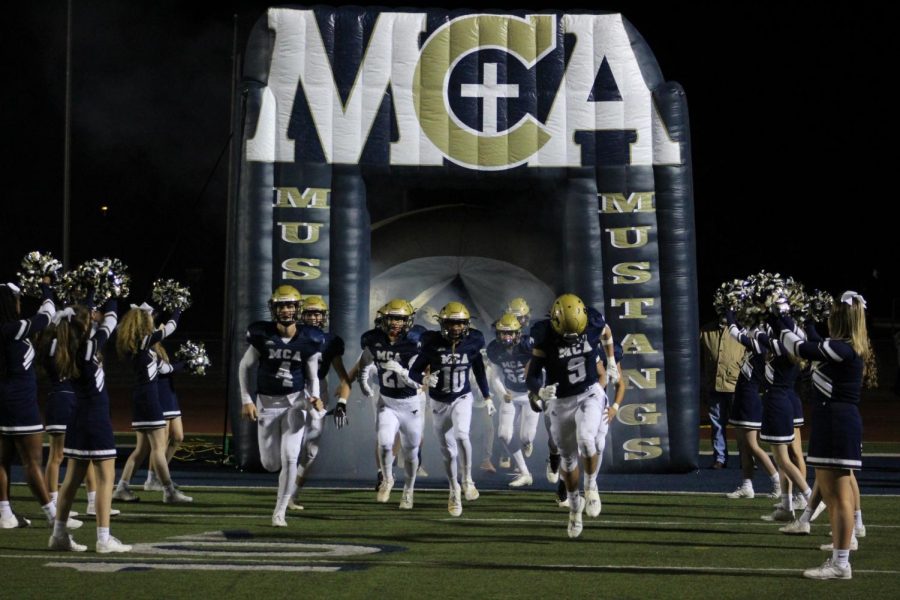 The Mustang football team runs out of the tunnel for the last home game of the season.

The varsity football and volleyball teams finished their seasons in the Fall, but both teams were recently recognized for their hard work and dedication throughout their seasons.

The varsity volleyball team received accolades, including some state awards despite not making it to the state tournament.

The varsity football team completed their season on a high note, and the team celebrated their hard work by recognizing the players.