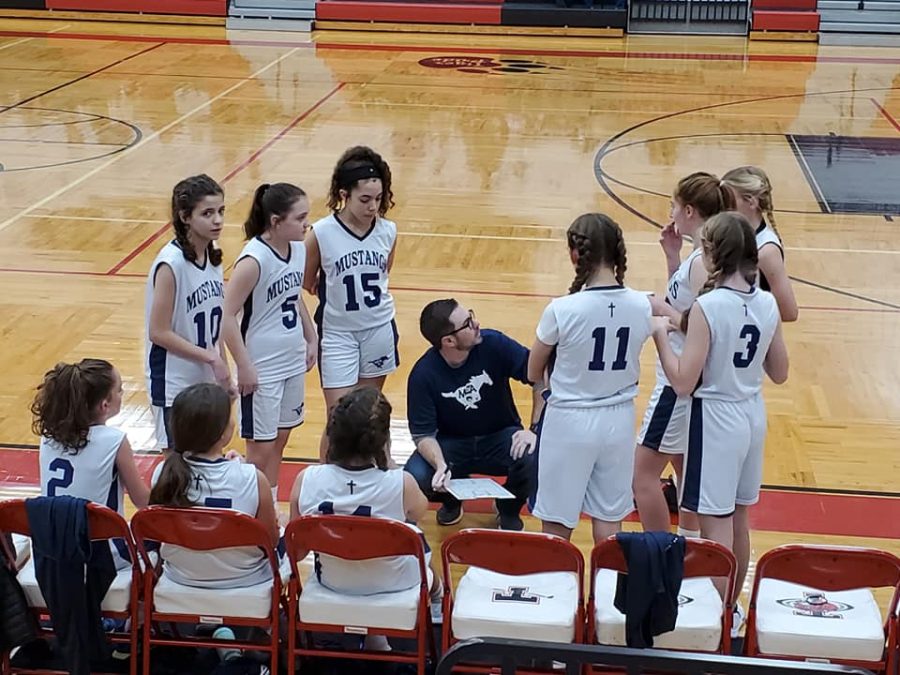 Coach James talking to the team during a timeout.

The Middle School Lady Mustangs basketball team travelled to Trenton Middle School to compete in the Division 1 tournament on Saturday, January 11th. The Lady Mustangs battled hard and fell short in both games losing to Wolfe City 23-19 and Trenton 24-19. Eighth grader Ava Thompson was the leading scorer of the weekend with 11 points in each game.The tournament provided an opportunity for players who haven’t gotten much playing time to see some time on the court. Following the tournament, Head Coach Brady James was asked about the performance of the team and stated, “I preach attitude and effort to my girls. This weekend they made me,their families and ultimately the Lord proud.” The D1 girls basketball team has one more game and one more tournament left within their 2019-2020 season.