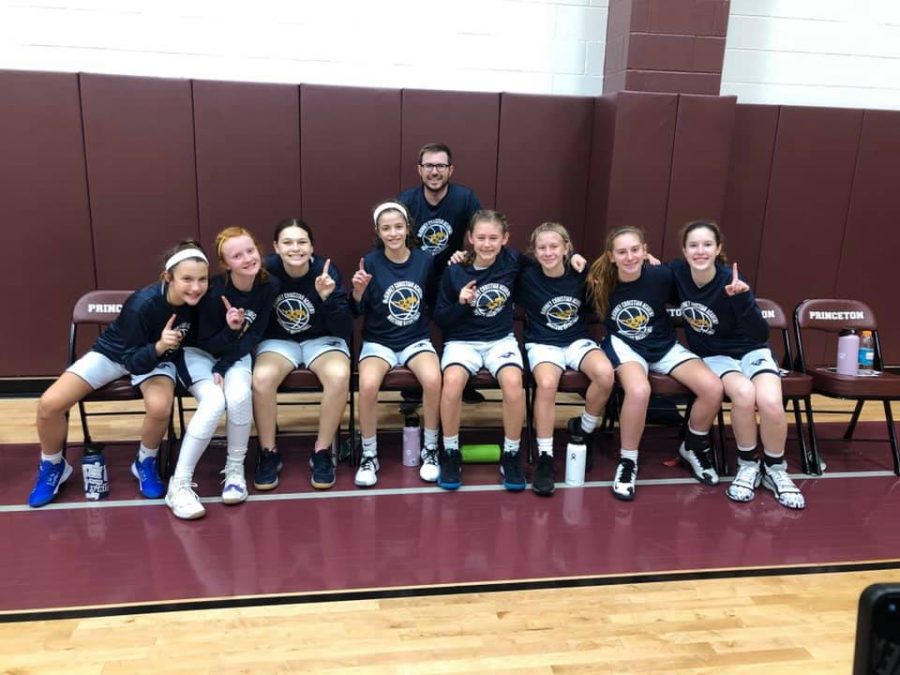 After a hard fought tournament, the Lady Stangs pose for one last picture after their tournament win.

On January 18, McKinney Christian Academy’s Middle School girls basketball team travelled to Princeton to compete in the Princeton Tournament. Playing all day Saturday, they competed against three different schools in a round robin tournament. Fighting against Southard Middle School, Clark Junior High, and Anna Middle School, the girls won all their games with scores of 26-18, 27-11, and 32-14. This led the Lady Mustangs to a tournament win with leading scorers Ava Thompson scoring 27 total points and Kaylin Starling scoring 16 total points. The last game of the season is Tuesday, January 21st, at Greenville Christian where they are going to fight for their last win of the season.