The Mustangs Fall Short to TCA on Senior Night 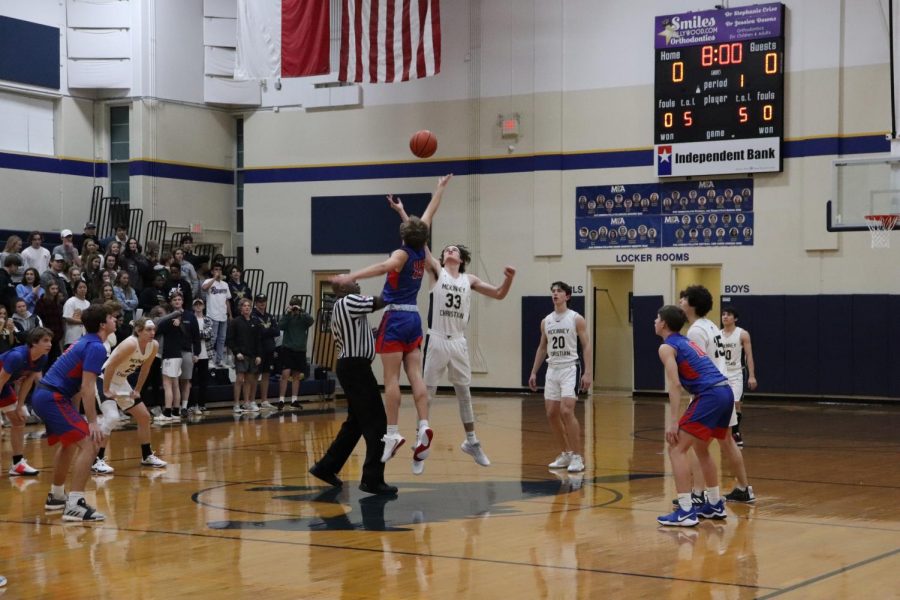 Senior Dustin Rogers goes up to get control of the ball at tip off.

On January 21, the Mustang varsity basketball team faced off against Trinity Christian Academy. As well as teaming up against TCA, the basketball team and fans got to celebrate their seniors during senior night. Each senior on both the girls and boys basketball teams were recognized before the boys game began. TCA got off to a hot start going up 8-0 when junior Hudson Cross cut the lead to only two points after making back to back three pointers from the wing. The Mustangs fell short of TCA at the half 14 to 39. The Mustangs couldn’t keep up with TCA ‘s high powered shooting and speed in the first half but were able to make up some ground in the second half. The Mustangs leading scorer was junior Hudson Cross with 17 points. They lost to TCA with a final score of 58 to 36. The Mustangs play their next game at home against Brighter Horizons January 28th.