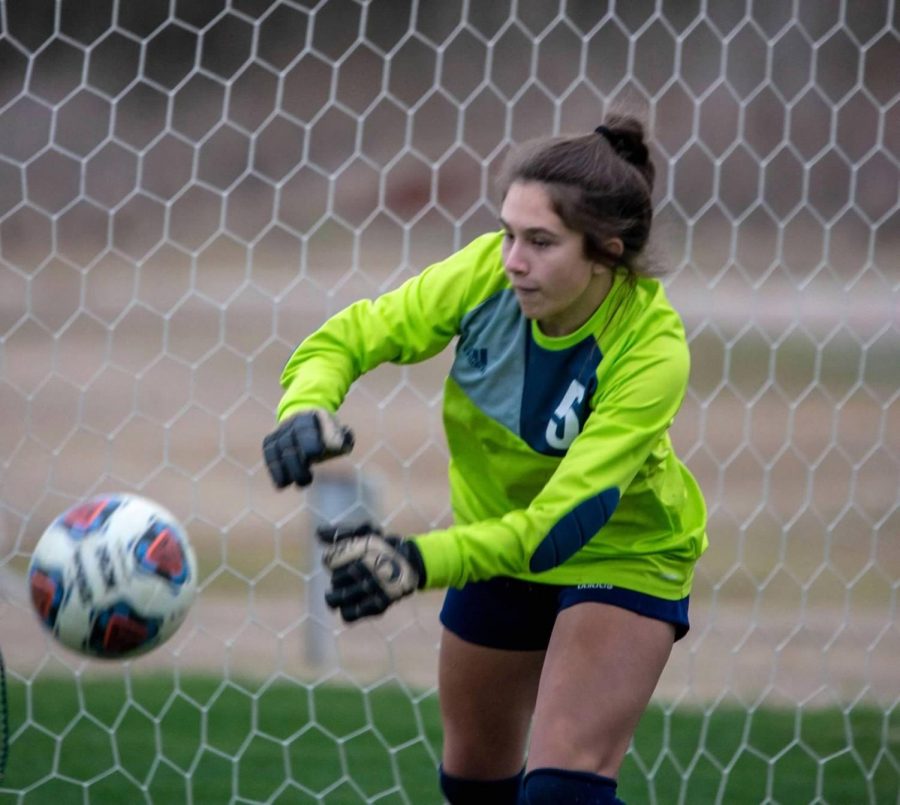 The Lady Mustangs soccer team took on Prince of Peace at home on January 23. Days before the game, rain soaked the field, meaning the players would be playing a muddy game. The Eagles scored in the first half and freshman forward, Leigh-Evan Kitzmiller scored in the second half. The Lady Mustangs and the Eagles were tied at 1-1 at the end of the regulation. Going into penalty kicks, senior Emma Bryant and junior Hallie Witte shot first and missed their PK’s. Then junior Micah McDowell and freshman Sarah Krusing scored, but the Eagles scored four, leaving junior Annie Weichel not getting the chance to shoot. This was the second time this season the varsity girls soccer team went into PK’s against Prince of Peace. Junior Alessia Catullo, who had played this game after recently recovering from her concussion, replied,”We played really well and sometimes the outcome doesn’t reflect on how we played as a team.” Despite the score, the girls are prepared to win their next game against Brighter Horizons on Thursday.

Varsity boys soccer team traveled to Prince of Peace to play on their home field January 25. It was a challenging game for both teams and the Mustangs put up a good fight. It was a challenging game for MCA’s varsity boy’s team and they lost 0-7. Regardless of the outcome, the boys are looking to their next game against Brighter Horizons on Thursday.