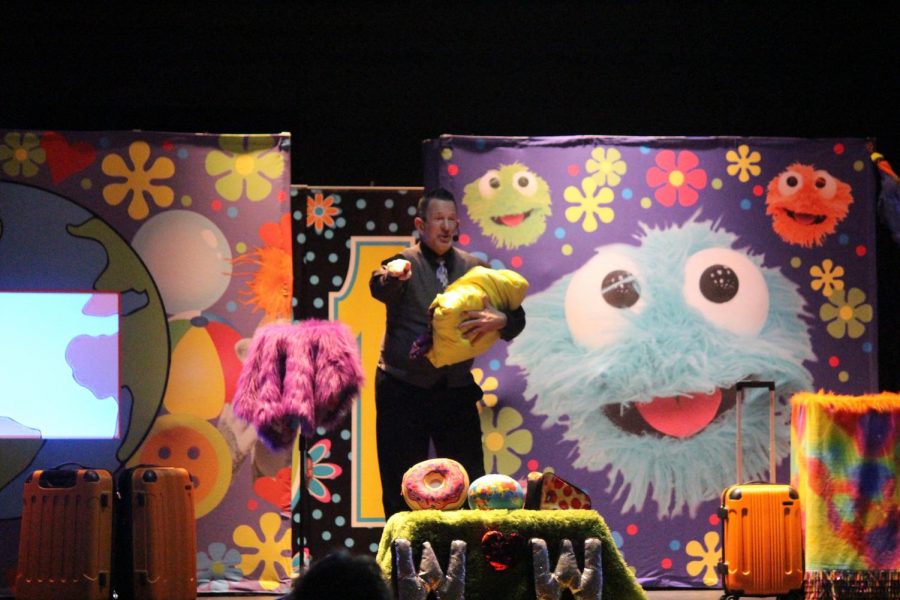 Denise Lee puts on his show with one of his puppets.

Nana Pudding, a popular Christian puppet show, came to Lower School chapel Monday, January 27, to put on the annual show. Every year Dennis Lee, a ventriloquist, performs a show with his many puppets. He often has an overall theme and shares an important lesson through his puppets and comedy. This year’s theme was about being a light in the world. The show allowed the students to learn this valuable Christian lesson in a more fun, enjoyable way. Fifth grader, Lauren Chambers, said “The show was really funny and I also enjoyed the Christian part too.” Another 5th grader, Aidan Harsch, said “The jokes were really funny and the show was good not only for kids, but for the adults too.” Nana Pudding had a fun-filled, biblical impact on the students. It’s safe to say that next year’s show is already being anticipated.