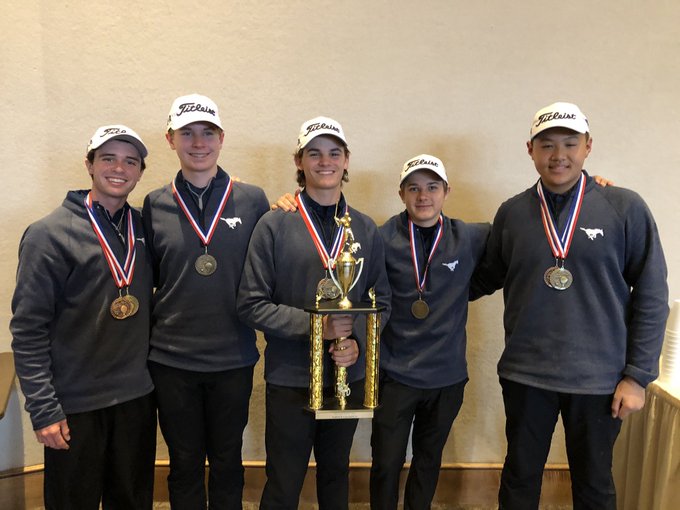 The varsity boys pose with their trophy after a cold round of golf.

On Tuesday, February 11th the Mustangs traveled to Heritage Ranch Golf course to compete in the McKinney North Invitational Tournament the morning got off to a slow start as the tournament was delayed by 40 minutes due to lighting strikes in the area. Even though the tournament was cut down from 18 to nine holes, The Mustangs battled and finished within the top two for both varsity and JV. The varsity boys had three players finish and the top five leading them to a first place finish. The JV team took second place.