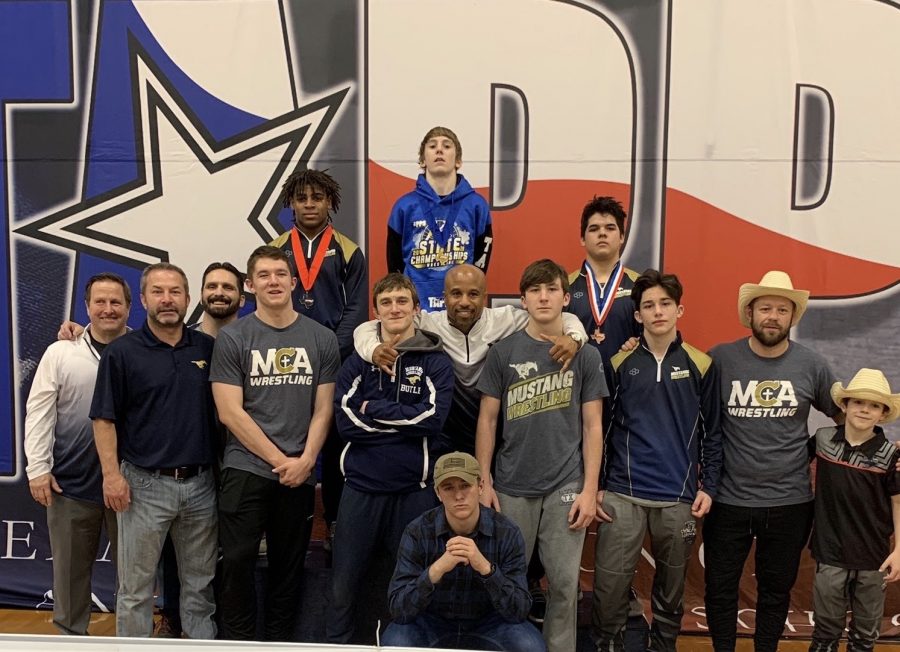 On Saturday February 15th McKinney Christian Academy hosted the annual TAPPS State Wrestling Tournament. Teams from all over Texas came to compete for a state title. The tournament started early on Saturday morning with MCA finishing the tournament with three wrestlers placing. Junior Nate Gwynn placed as the state champion in the 120 weight class, sophomore Denzel Poulter placed second in the 180 weight class, and sophomore Matthew Wong placed third in the 220 weight class. Coach Tim Brock comments on how he feels this season went as a whole as well as this tournament specifically saying, “The season as whole could have gone better because we didn’t reach our goal of winning the state title, between dealing with both injury and the crazy flu season we limped into the state tournament with only seven competitors. Now having that, to still place 7th out of 18 teams with only seven guys shows the character and the competitiveness of this group of young men.  Their fight can not be denied.” Most MCA wrestlers finished up their season with the TAPPS State Wrestling Tournament but junior Nate Gwynn and sophomore Denzel Poulter will compete at Prep Nationals.