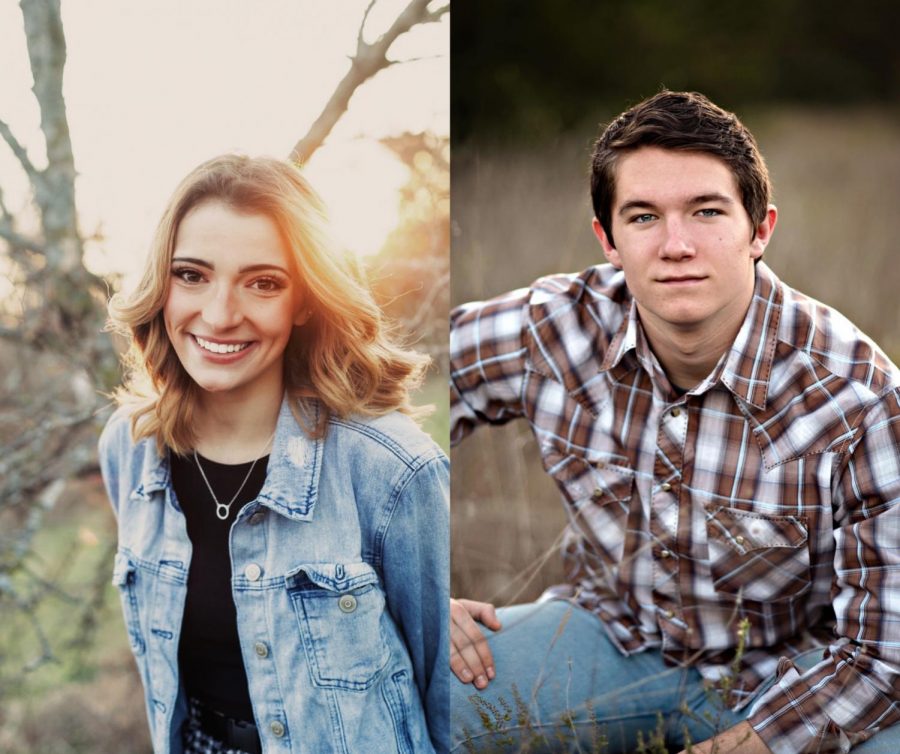 Senior Allie LeBlanc is on the left and senior Ethan Tucker is on the right.

This weeks senior spotlight is Allie LeBlanc and Ethan Tucker.

Allie LeBlanc has attended McKinney Christian Academy since halfway through her sophomore year. Since she has been at MCA, she has been in choir every year. In her free time outside of school, LeBlanc enjoys hanging out with friends, singing, and driving around. After high school she plans to attend Texas Tech University and major in Occupational Therapy with a minor in Special Education. Her favorite MCA memory has been her senior year as a whole, even though it was cut short LeBlanc feels that her senior year has been the best year she’s ever had. A funny fact about Allie LeBlanc is that six hours after she got her first car, she crashed it only about 100 feet away from MCA.

Ethan Tucker has attended McKinney Christian Academy for eight years. While at MCA, Tucker has been involved in varsity football and wrestling, the Arkansas and San Antonio mission trips. In his free time, outside of school he enjoys playing with his dog. After high school, Tucker plans to enlist into the Army. His favorite MCA memory was his junior year prom. A fun fact about Ethan Tucker is that he likes to go hunting and does often.