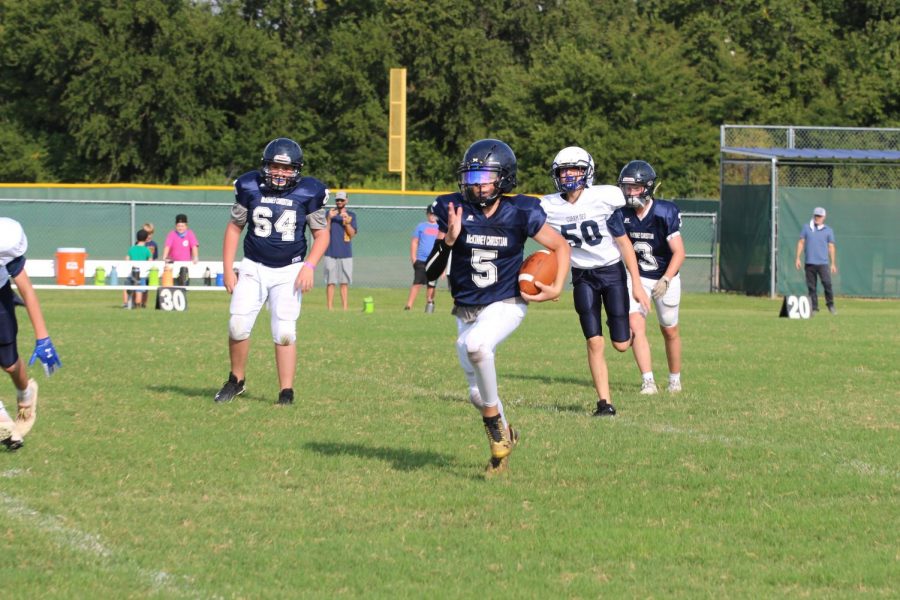 Eighth grader Jeremiah Daoud runs the ball to get the first down.

The Middle School football team hosted the Coram Deo Lions last week and were able to bounce back from their season opener loss in week 1. Starting quarterback Jeremiah Daoud stated leading up to the game, “We put in a lot of hard work through practice and came up with a good game plan to takedown Coram Deo. The coaches mixed up a ton of plays by running through outside gaps and running screen plays.” With the new gameplan, the Mustangs got off to a quick 24-0 lead on the Lions at halftime. The dominance continued throughout the second half and the Mustangs would go on to win 58-8 and even out their record to 1-1. Daoud ended the game throwing five touchdowns to lead the Mustangs to victory. The next game is against Prince of Peace at McKinney Christian on Thursday, September 24th.