Middle School Volleyball Splits in Week One of League Play 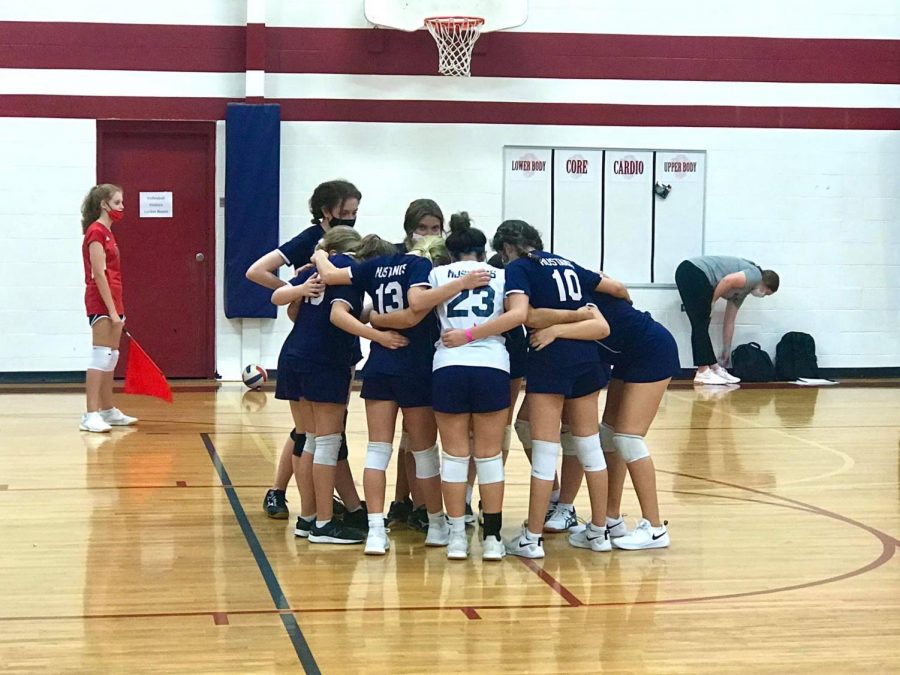 After a delay of the season due to COVID-19 the McKinney Christian Academy’s Middle School Lady Mustangs D1 and D2 volleyball teams are finally playing again. This past week was a busy week back on the road for both of the teams each playing two games. On Tuesday, September 14, both teams played Prince of Peace dropping both matches.  D1 finished their game 18-25 and 15-25.

Last Thursday, September 17, both teams made a comeback from Tuesdays games winning both of their matches against Grapevine Faith Christian School. D1 defeated Faith 25-23 and 25-15. Eighth grade setter, Kadence Ackmann, went on a seven point serving streak to pull the Mustangs ahead for the win in the first set. This win can be accredited to the team’s better communication and being more comfortable with one another on the court. Eighth grader and middle hitter, Brooklyn Claudio said, “In the middle of the game we started to lose our momentum but we picked it up toward the end and pulled through with a win.” D2 finished their games 25-23 and 25-15. Both teams play Tuesday, September 22, away against Lucas Christian Academy and Thursday at Frisco Legacy.