The MCA varsity volleyball team makes it to the championship in the Prince of Peace tournament. 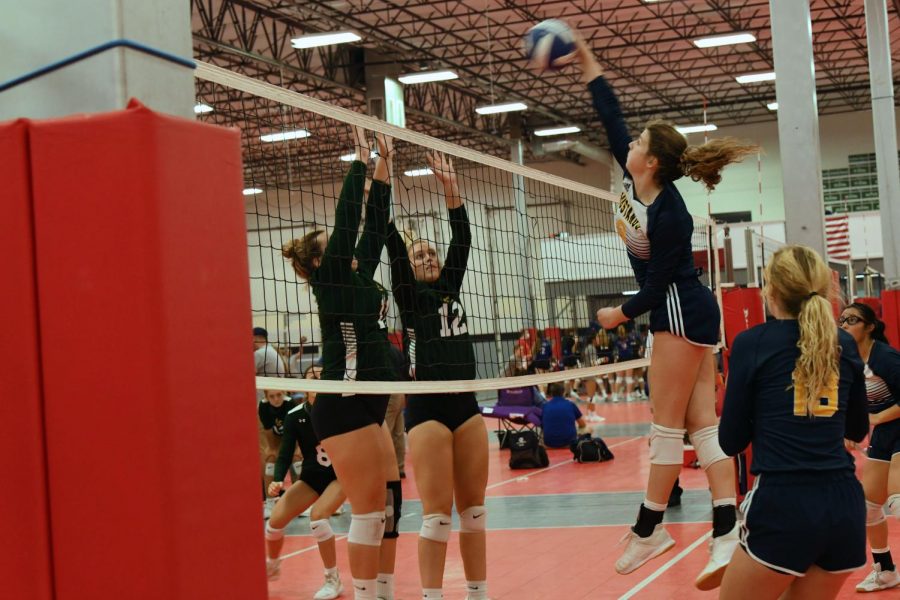 Senior Ava Grace Haggard goes up for the kill.

This past weekend the McKinney Christian Academy Varsity Volleyball team played in a tournament. On Friday, September 25 the Lady Mustangs played a series of pool games against three different teams. Against each team the mustangs were to play two sets. The Lady Mustangs started strong tying their first game against the Oakridge Owls winning only one of the two sets. The team lost their other pool play games against John Paul II and DasCHE. On Saturday, September 26 the team moved into bracket play. The team won their first game against THESA homeschool 2-0. The team advanced to the quarterfinals for their second bracket game against Grace Prep winning 2-1. The Lady Mustangs continued there win streak into the semifinals against Legacy Christian winning 2-1. Advancing into the championships the Mustangs lost 0-2 to the Oakridge owls. The Varsity Volleyball team will play their next home game against Dallas Christian on Tuesday, September 29.