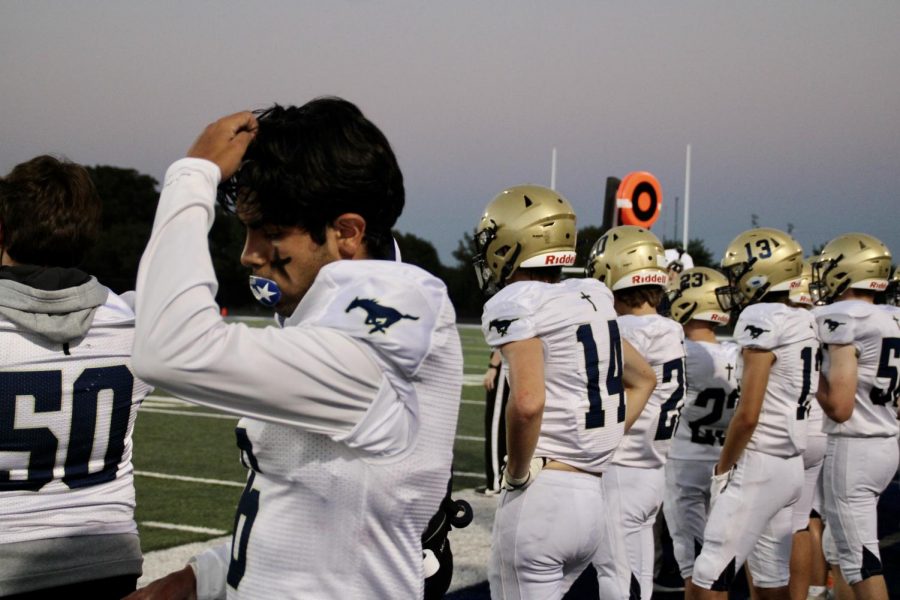 The McKinney Christian football team travelled to Kangaroo stadium in Weatherford to take on Eastland High School at a neutral site to open the season. In a first half shootout, the Mustangs were able to gain a 32 to 31 lead. After halftime, Eastland had a 26 to 6 run in the third quarter and the Mustangs weren’t able to cut the deficit.  The Mustangs fought but ended up dropping the first game 78 to 54 despite the halftime lead. Junior, Zeke Long, led the team catching two touchdowns on 202 yards receiving with a pick 6 on defense. After the game, Long stated, ” It was a tough loss, but our offense played well. We have to work on defense and tackling before we play Prince of Peace .” The Mustangs are seeking their first win against Prince of Peace Friday, October 2 at 7 pm for homecoming.