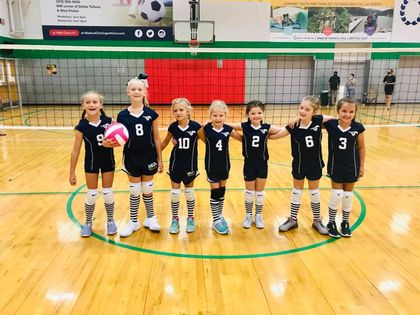 This year the Lil Stangs had to delay the beginning of their volleyball season but they are ready to get back on the court with high spirits. The Lil Stangs volleyball team played their first game against Little Spikers on September 19. For many of the players, this is their first time playing volleyball or a team sport.  The girls played three sets and won all of them. Coach Kaleigh Hughes said, “The girls are picking up the basics of the game quickly and loving the sisterhood with their teammates. Having a team to lean on has been particularly refreshing for the girls during this pandemic where they have largely been separated from their peers.” The next Lil Stangs game will be on Saturday, October 10 at 8 a.m. against The Porcupines.