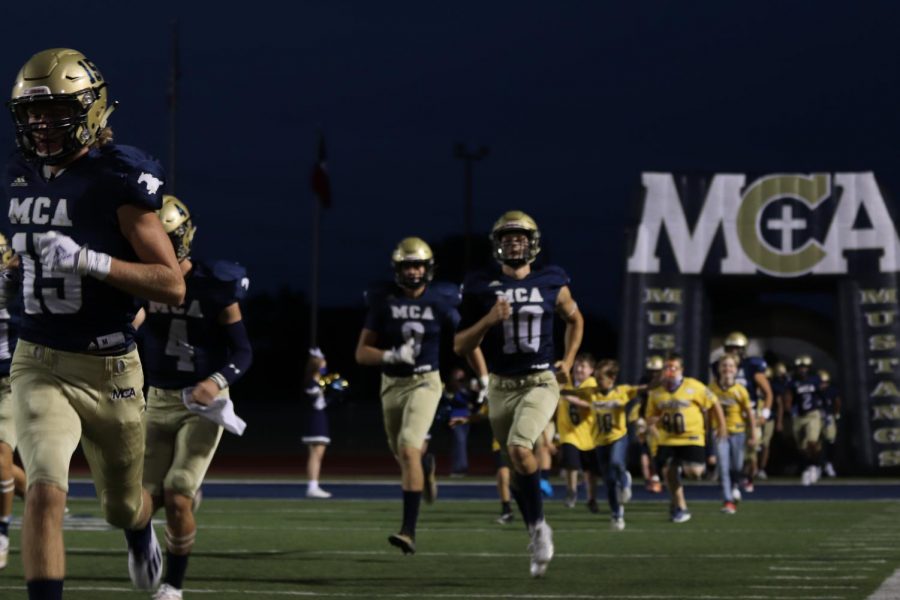 The football team runs out onto the field ready to play.

The Mustang football team’s hard work has been paying off on offense through the first four games. As stated by The Dallas Morning News, Junior Zeke Long ranks first in receiving in TAPPS with 667 yards receiving, senior Hudson Cross ranks third with 394 yards and senior Hayden Faulkner ranks sixth with 322 yards. The Mustangs are the only team with more than one receiver ranked in the top 10 in the area for private schools. Senior Quarterback Blake McGraw is the reason for these big numbers. He is ranked first in passing with 1621 yards passing along with 19 touchdowns. The Mustangs offense are placed first overall in passing offense and third in scoring. McGraw expresses his gratitude by saying, “It feels amazing, because it shows college coaches what I can do and that I can make big plays. Also the fact that I get to represent my team and my school at such a high level is so incredibly awesome.” Overall, the Mustangs have shown us how their determination and hard work has paid off.