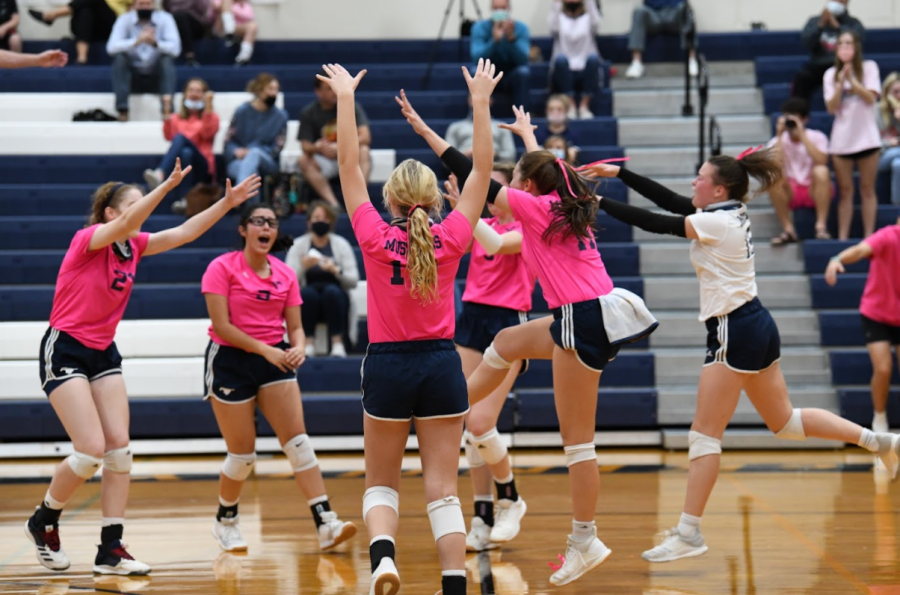 On Thursday, October 15, the Lady Mustangs volleyball team had an opportunity to share a district title with a victory against Brook Hill. The Mustangs came out strong winning the first set 25-17 but weren’t able to keep the momentum in the following sets. They ended up dropping the next 3 sets 17-25, 18-25 and 17-25 forcing a 3-1 defeat. Despite the loss, the Mustangs have a chance to finish runner-up in the district and advance to the playoffs. Senior, Ava Grace Haggard, led the team with an impressive state line of 26 kills and four aces on Thursday. She reflected on how the game would benefit the team going into the playoffs saying, “Brook Hill is the hardest team in our district and the way we were able to play them tonight shows us where we would stand in the playoffs and what we can work on to improve for the playoffs.” The Mustangs host HSAA at 7 p.m on October 20.