Vanderhagen not only works hard in the classroom but also on the field. 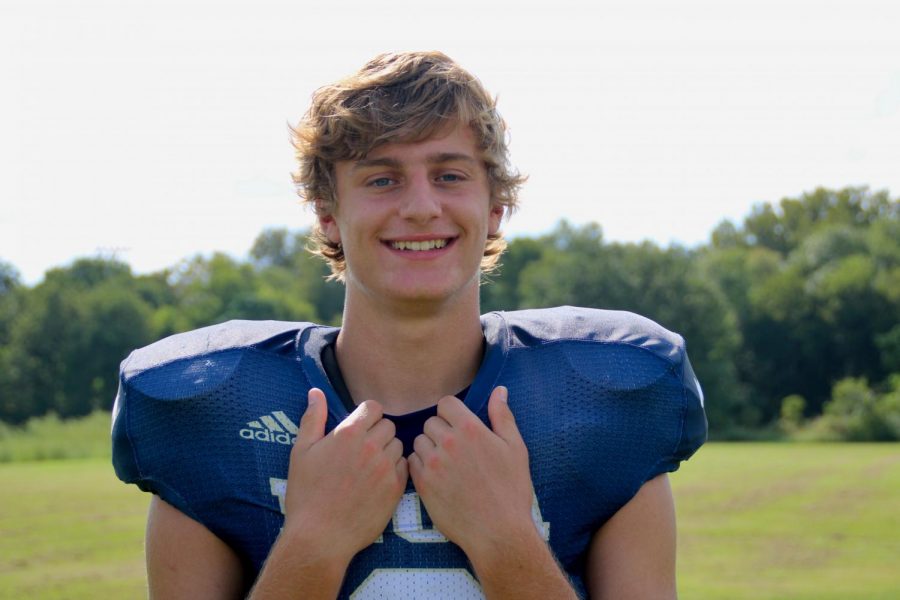 Shane “The German Hammer” Vanderhagen is a senior at MCA this year and has compiled many accolades in his Upper School career. He won National Merit Commended Scholar for the PSAT, was a Student Government representative, made Headmaster’s List for ninth, tenth and eleventh grade, has participated in the National Honor Society and much more. Vanderhagen has been playing varsity baseball since his freshman year and made Academic All-State during his junior season. During his freshman year, he was apart of the state runner-up football team, after which he took a two-year gap from football. Vanderhagen made his return to MCA football this year and is playing wide receiver and defensive end. When asked how it feels to return to football, Vanderhagen stated, “It has been really fun, but also time-consuming. I have learned a lot and really bonded with everyone.” One thing that many people do not know about him is that before he attended MCA, he was homeschooled, and his favorite activity to do with friends is play spikeball. He has continued to demonstrate hard work through his time at McKinney Christian and plans to carry those habits into college next year. Vanderhagen plans to attend UT Tyler, Texas A&M or Notre Dame in the fall.