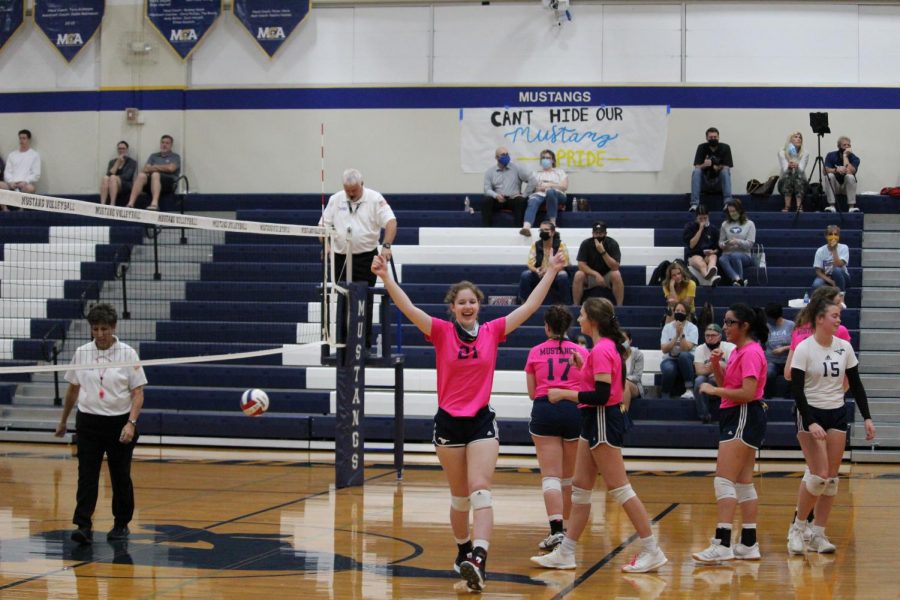 The Lady Mustangs Varsity Volleyball team played a home game against HSAA and an away game against Dallas Christian last week. Following the COVID-19 protocols including limited number of fans, masks while not eating or drinking and online tickets reservations, the fans watched the game while dressing according to the theme which was red, white and blue. On October 20, the Lady Mustangs defeated HSAA winning all three sets 25-9, 25-15 and 25-23.  The JV team also won in two sets both with scores of 25-23. Freshman Kaylin Starling finished the match with seven kills. She said, “The team did a good job communicating and starting the first set with high energy and a good attitude to set the mood. We need to bring that energy into the next games to have success.” The varsity team was also victorious against Dallas Christian on October 22 winning with scores of 25-21, 25-21 and 25-10. The JV team put up a tough fight but ended up losing in two sets. The Lady Mustangs have their Senior Night on October 27 against Tyler Grace.