Middle School Football Comes Up Short Against the Chargers

Middle School football team loses a close battle to Dallas Christian with the final score being 22-20. 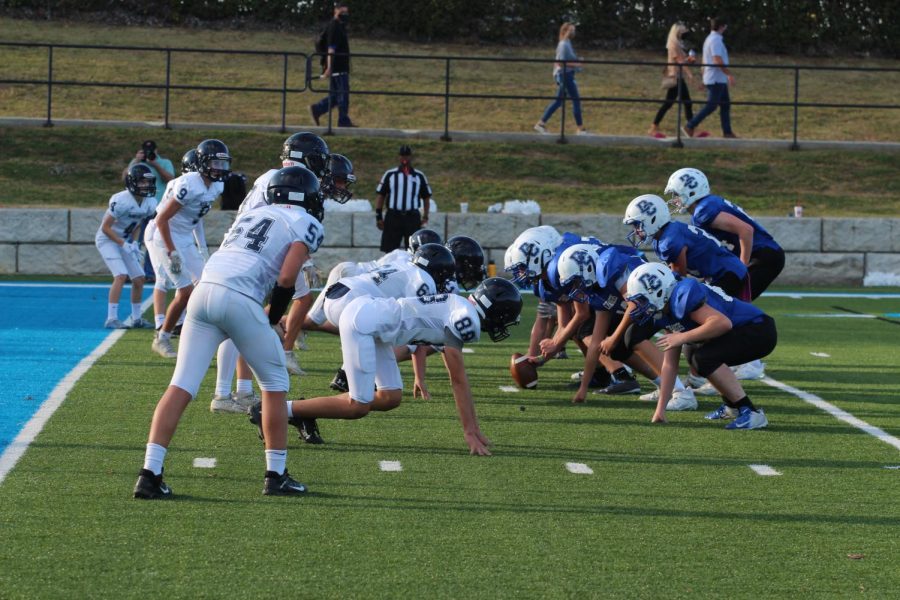 The Mustang defense tries to stop the Chargers on the goal line.

The Middle School football team traveled to Mesquite to take on the undefeated Dallas Christian Chargers. The Mustangs came in to this game with a 3-3 record. The Chargers would lead the Mustangs 8-6 at the end of the first quarter.  In closing minutes of the second quarter eighth grader Judd Witte scored off a quarterback sneak to take the lead 12-8 going into halftime. In the third quarter, the Chargers took the lead with a quick touchdown but the Mustangs answered with a 34 yard pass to eighth grader Marc Jensen. The Chargers would score again and take the lead 22-20. Late in the game eighth grader Preston Reeves was able to recover a fumble but the Mustangs couldn’t capitalize off the turnover. The Mustangs went on to lose 22-20. Eighth grader Caleb Atherton said about the game, “You know we played an amazing game, but they played better.” The Mustangs are now 3-4 and their next game will be played against Covenant Christian next Thursday, October 29.