The middle school football team has their last game to finish their season. 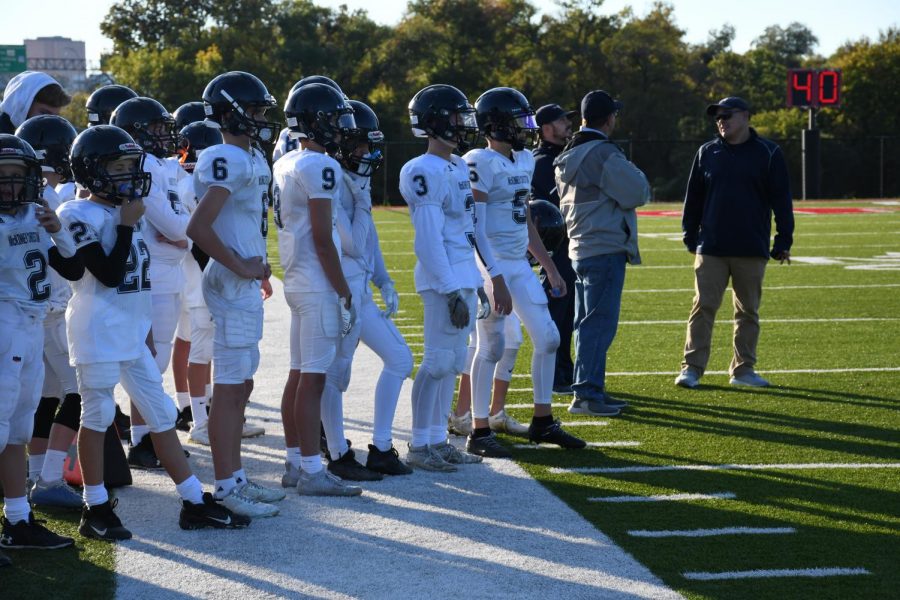 The Mustangs gather on the sideline after calling a timeout.

McKinney Christian Academy middle school football team played in their final game against the Covenant Knights in Dallas on October 29. The Knights took an early 3-0 lead until the second quarter when eighth grader Jeremiah Daoud threw a touchdown to eighth grader Ty Pfutzenreuter for eight yards to take the lead at the half. It turned into a defensive game with both teams giving their all to finish the season. In the end, the Mustangs fell short 17-8. Head football Coach Justin Barton commented on the season saying, “I will miss the eighth graders and the way they fought. I hope their work ethic will pass down to the sixth and seventh graders.” Coach Brady James added,” They have really grown up from there time in middle school, I hope they keep growing and have a strong mentality going into high school.” The Mustangs finished with a 3-5 record for the season.