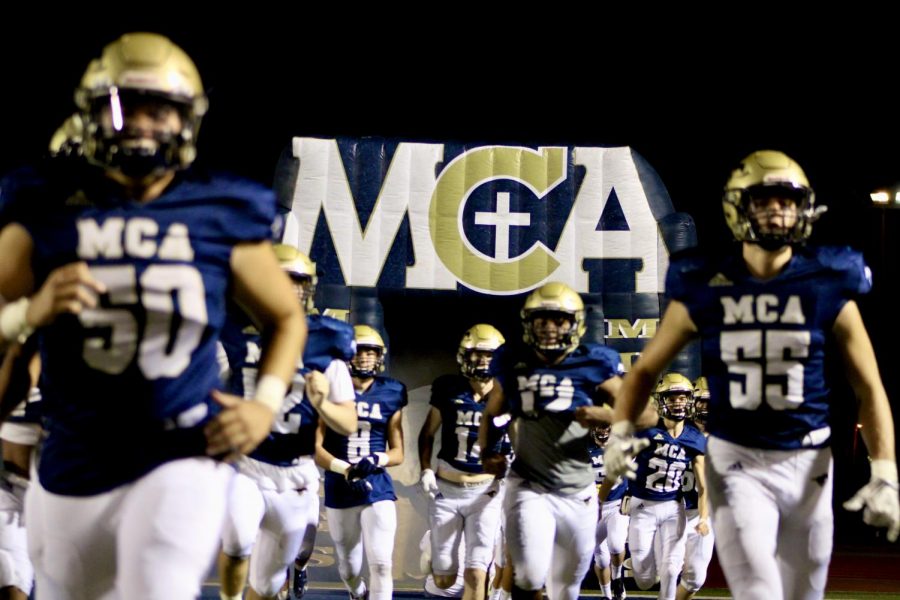 Varsity football Senior night was Friday, November 6. Before the game each of the six seniors were recognized as this years season is nearing the end. The Mustangs came through with a victory against Bishop Dunne winning the game 57-0. Senior quarterback Blake McGraw threw six touchdowns Friday night and allowed no interceptions. Senior Shane Vanderhagen contributed to the Mustangs win with a touchdown and when asked about the game he said, “Senior night was an awesome experience I was super thankful to be a part of it. Getting the chance to play at home with my fellow seniors was an experience I’ll never forget.” Other seniors played a big role in the Mustangs victory in Friday nights’ game as well. When asked about his senior season Hudson Cross said, “Getting to play with some of my best friends this whole season was amazing and I’m really going to miss the relationships I’ve made on the team.” The game not only allowed the seniors to play on their home turf one last time together, it also allowed many underclassmen to play and to “touch the paint”. With playoffs ahead offensive and defensive assistant coach Will Muessig said, “What a way to send out these seniors than a first district win and resounding 57-0 victory. But the jobs not done, there’s still plenty more good things to come with this team and the playoffs are just around the corner.” The Mustangs next game is on Saturday, November 14 away at Prestonwood Baptist where they will take on Coram Deo.