The Lady Mustangs secure a victory advancing into the next round of playoffs. 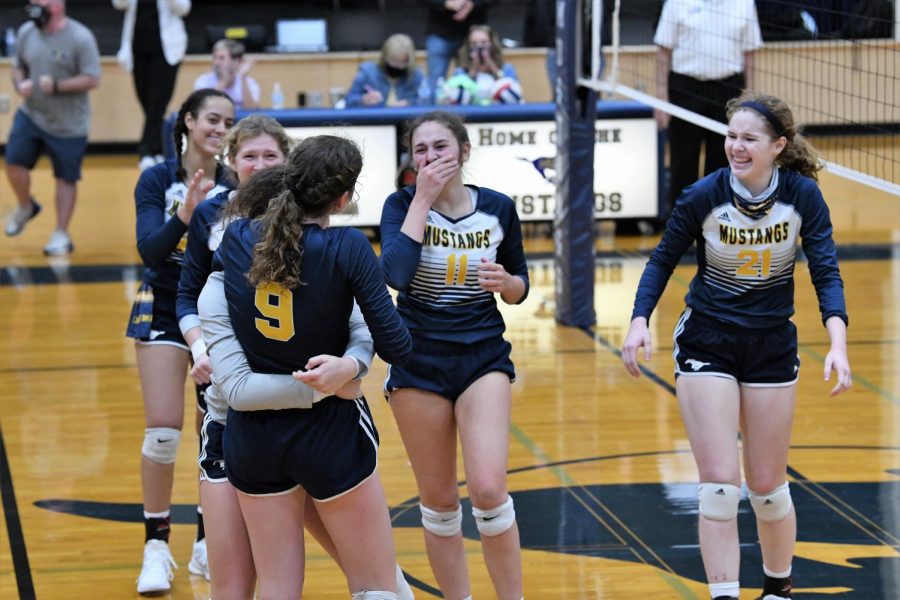 The Lady Mustangs celebrate right after their win.

The Lady Mustangs played their first playoff game against Southwest Christian on Tuesday, November 10th. With everyone on the edge of their seats, the Mustangs took the victory in the fifth and final set. The mustangs won the first set 25-23, the third set 25-20, and the fifth set 15-13. Senior Ava Grace Haggard led the teams in kills with 36 in total, while senior Micah Mcdowell lead the team in digs with 29 in total.  Junior Bella Vaught had 39 assists thought the game as well as 24 digs. When asked about how she thought the game went, Junior Bella Vaught said, “I think the game went super well. We had to deal with a lot of unexpected injuries and illnesses this year so the fact that we are still pushing through is awesome.” The Lady Mustangs will advance into the next round of playoffs with a game on Saturday, November 13 against Fort Worth Christian.