The Man of Many Talents Mr. Erger

Get to know the director of technology Mr. Erger 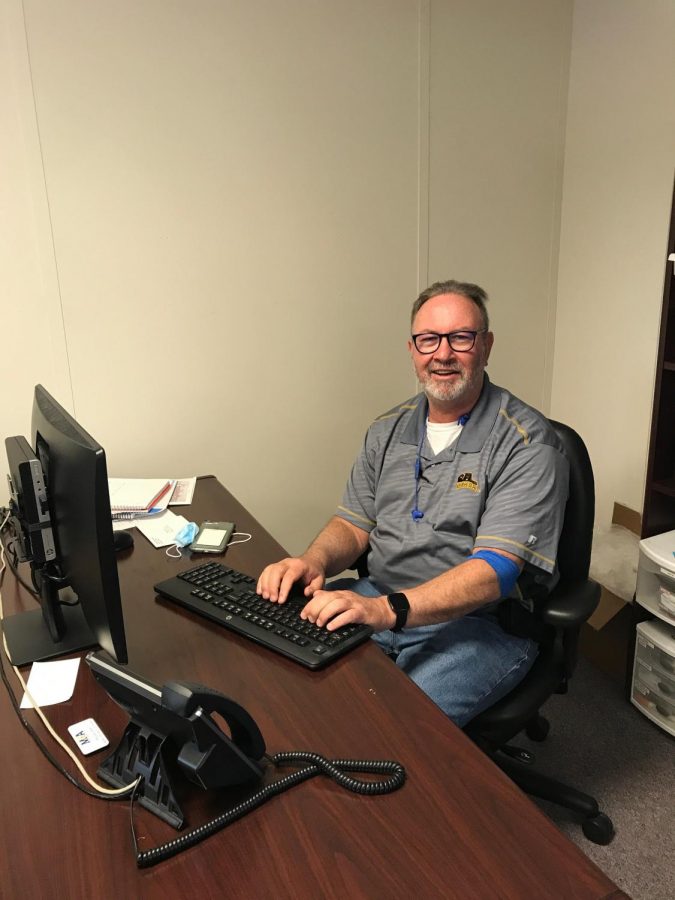 Director of Technology Mr. Erger poses for a photo.

Robert Erger has done it all from teaching to refereeing and everything in between. Erger is currently the Director of Technology at McKinney Christian Academy but has worked in several different positions in the past. Before working at MCA, Erger worked as a basketball coach and assistant principal in Princeton. When asked why he moved to MCA Erger stated “My values didn’t align with the public school system.” He started working at MCA in 2009 as the basketball coach but left within a few years to pursue other things. However, Erger felt that the Lord was calling him to come back and in 2017, Erger came back and has worked at MCA ever since.  Erger said, “one of my favorite things about the school is being able to have spiritual conversations in an open environment.” Erger was told not to speak about His faith on his personal time, but when the principal tried to tell him to stop, Erger refused because he felt everyone should be able to hear about how God had blessed him and how they could be blessed as well.

While in high school, Erger helped with his school’s newspaper as a Sports Editor. Erger had his own section in the newspaper that the principal never read so it was uncensored and it was the most popular section in the whole newspaper. He also wrote various articles about different sports and took pictures for those articles. Due to his writing, Erger won UIL recognized awards that he traveled to Austin to receive.