MCA Volleyball loses the Regional Finals to Fort Worth Christian 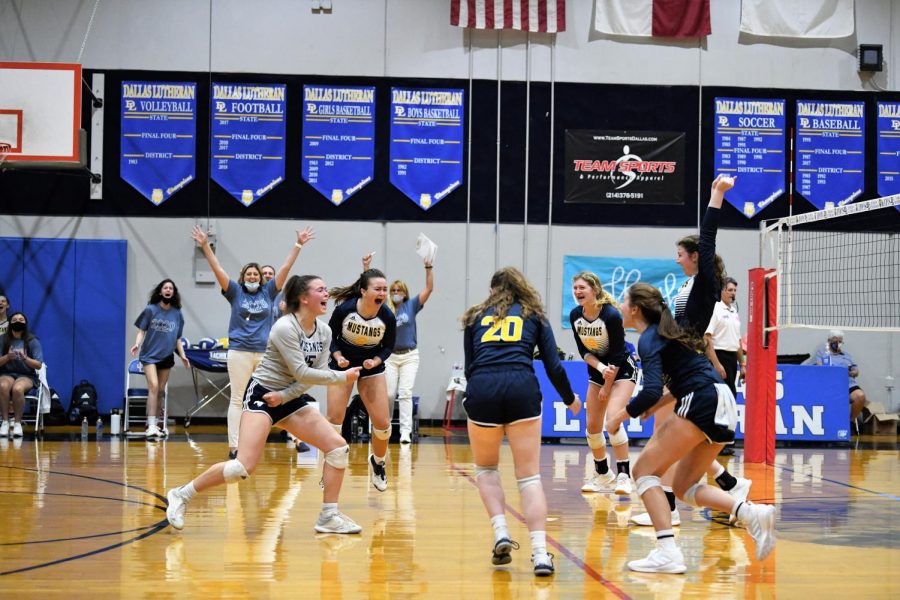 The Mustangs celebrate after winning a crucial point.

On November 14, the Mustang volleyball team competed in the Regional Finals at Dallas Lutheran against top-seeded Fort-Worth Christian to see who would go on to the State Semi-Finals. The intense matchup resulted in multiple lead changes throughout three sets with the Mustangs dropping the first set 19-25, the second set 24-26 and the third set 25-27. Senior Baylor signee Ava-Grace Haggard led the team with 19 kills, senior Micah McDowell led the team with 28 digs and sophomore Dylan Searles led the team with four aces. When asked about her final season with Mustang volleyball McDowell stated, “It was a very fun season. It was impressive to see how far we got despite all the injuries we had to persevere through in the beginning of the season, and I’m going to miss playing for this team.” The hard fought battle puts an end to the Area-Champions successful season.