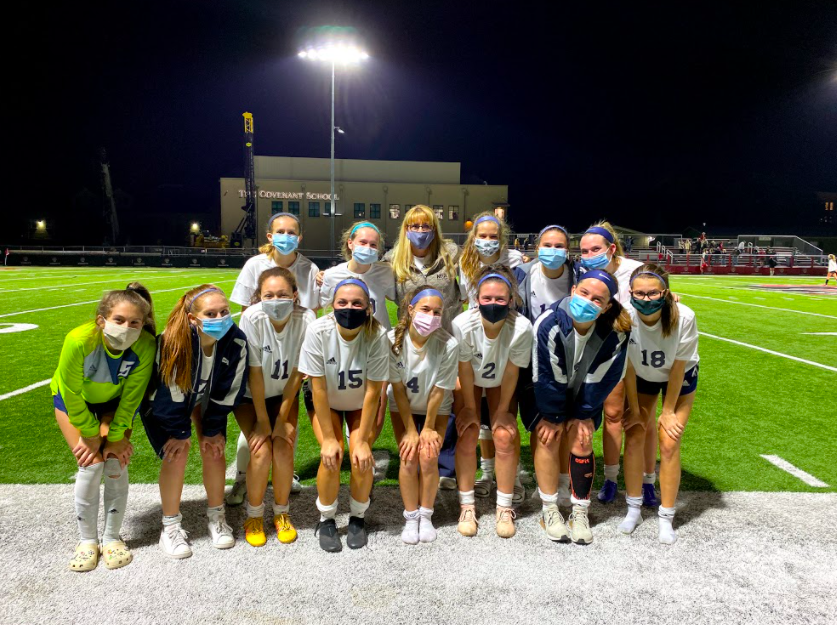 The Lady Mustangs take a picture after their first game of this year.

The Lady Mustangs opened up their season against last year’s state champions Dallas Covenant with a victory. Sophomore Sarah Krusing scored the first goal following freshman Ava Thompson with the next. Thompson was able to score another goal from a throw in by senior Micah McDowell, with only a few seconds left on the clock. When asked about how she felt in her first high school soccer game, Thompson said, “It was great to score the game winning goal, but none of it would have happened without us working together as a team and moving the ball up the field. I’m excited for this season!” This game showed the team’s perseverance and ambition to win and they’re all excited for the rest of their season. The Lady Mustangs next game is Thursday November 19 against Coram Deo. The game will be played at Ereckson Middle School at 5:00.