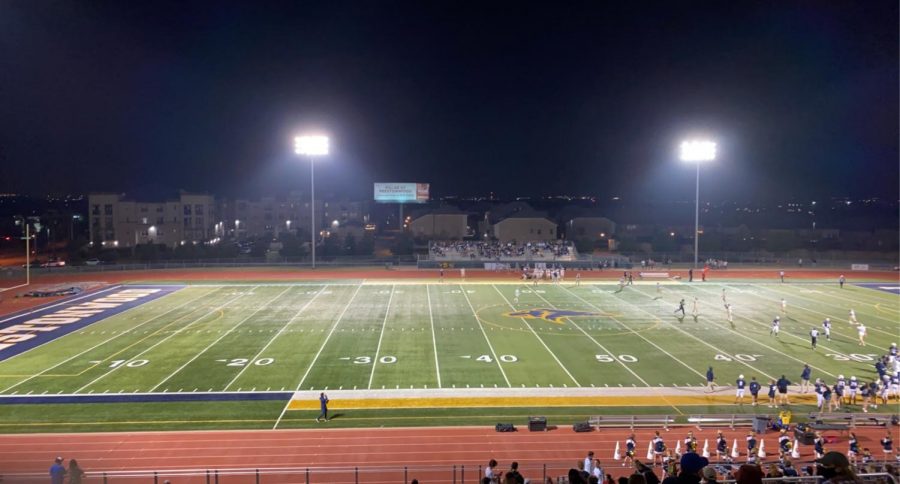 The Mustangs take the field against Coram Deo.

The Mustang football team played against Coram Deo on Saturday, November 14. The game was played at Prestonwood Christian Academy at 7:00 p.m. Senior quarterback Blake McGraw threw for 449 yards for six touchdowns. Junior Zeke Long had eight receptions for 191 yards and five touchdowns. The Mustangs won 48 to 21. When head coach Chance Gray was asked how he thought the Mustangs played he said, “Our guys played great, but still need to be more consistent heading into the playoffs. We have the opportunity to make some noise in the playoffs. Our offensive line continues to get better and work incredibly hard. They are the key to our success. Blake and the other guys with all the stats are only able to do that because of our O-LINE.” The Mustangs will take on Southwest Christian in the Area Round of the playoffs November 28 at 2:00 at Southwest Christian.