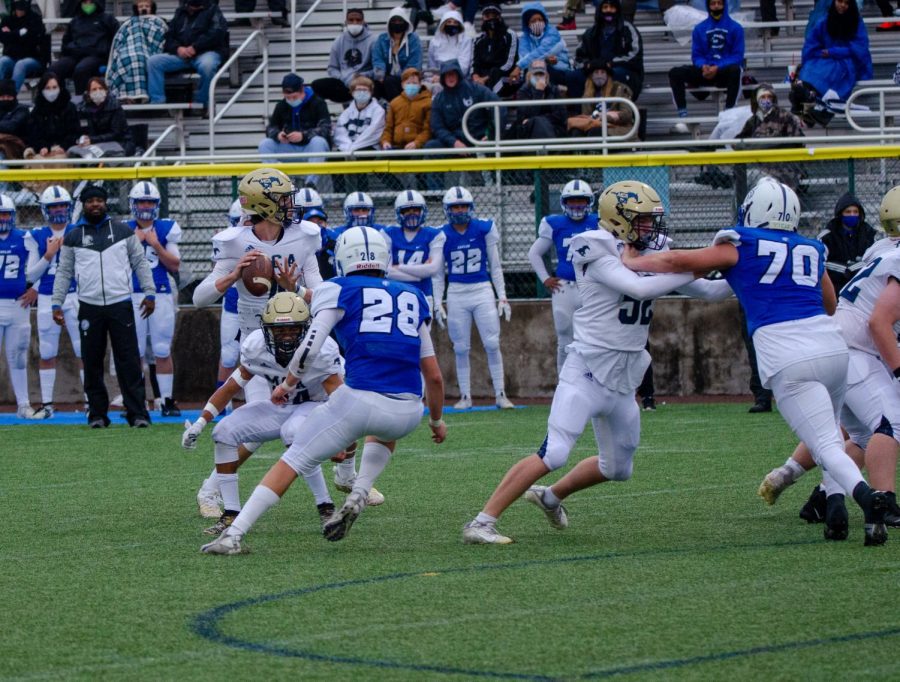 Mustangs attempt to run the ball up the field on offense.

On November 28, the Mustang football team played Southwest Christian in the Regional round of the playoffs. It was a low-scoring first half with a score of 6-6, but the Mustangs came up short in the second half, ending their season with a 36-18 loss. Despite the loss, senior Cooper Roach finished the game with two touchdown catches. Freshman, Cash Etheredge forced three turnovers, including one forced fumble and two fumble recoveries. Senior captain, Hayden Faulkner, had nine tackles. When offensive coordinator, Darrick Ware, was asked on how the game went he said, “Both Denzel Poulter and Cooper Roach played one of their best games, but the Mustangs fell short. As a coach, I am really sad that I am not going to get to coach the seniors again. The seniors left an incredible legacy. I am really excited for the future of MCA football.” This year’s Mustangs were the first to win a district game and make the playoffs in TAPPS 5A.