The Middle School boys basketball team ends 1-2 after their first week of play. 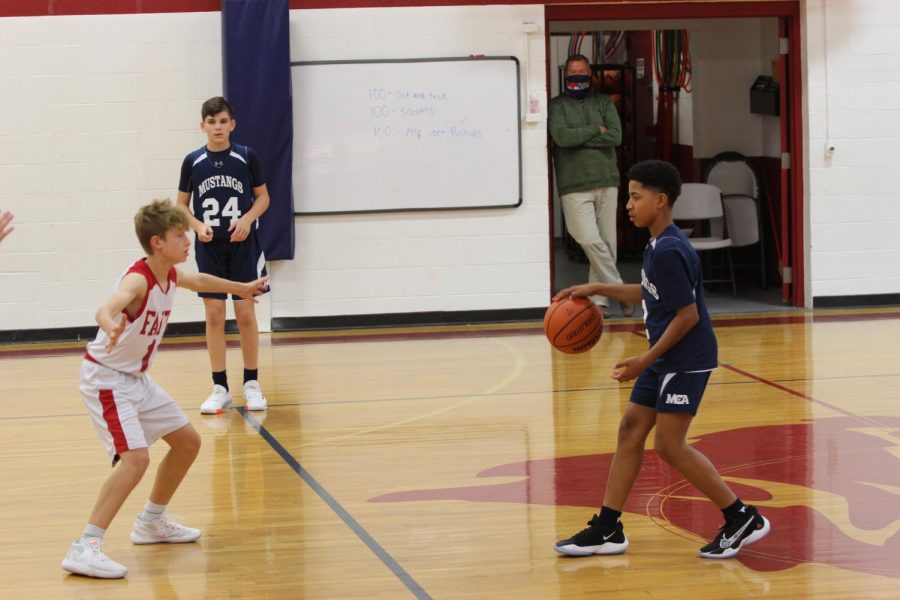 Eighth grader, Aaron Grant dribbles the ball up the floor.

On Tuesday, December 1, Middle School boys basketball opened their season at Grapevine Faith where they lost 30-25.  Their leading scorer was 8th grader Preston Reeves with 16 points. The Mustangs’ next game was against Cornerstone Christian at home. The Mustangs would go on to get their first win of the season, 32-13. They played at a fast pace and forced a lot of turnovers with their new defensive mentality. In their third game, the Mustangs played against Prince of Peace. They would go on to lose 43-28. The leading scorer was Reeves with 13 points. Head coach Philip Wysong stated after the game, “This was a hard week and we learned a lot as a team, we are going to battle out in the next couple of weeks.”  The Mustangs are now 1-2 and their next game is on December 10 at home against Providence.