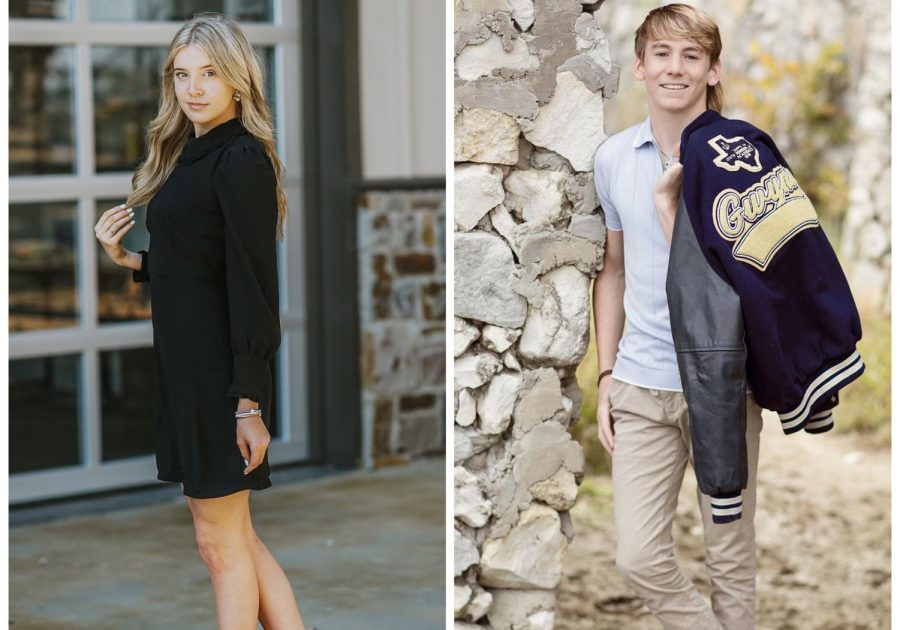 On the left is senior Olivia Proctor and on the right is senior Nate Gwynn.

This weeks senior spotlight is Olivia Proctor and Nate Gwynn.

Olivia Proctor has attended McKinney Christian Academy since the third grade. During that time she has been involved in varsity cheer and soccer. Outside of school she enjoys spending time with family and friends, going to church, showing heifers and working out. After high school Proctor plans to attend Oklahoma State University and major in General Business. Her favorite MCA memories are from directed studies class and the relationship she’s developed with those teachers. A fun fact about Olivia Proctor that most people don’t know is that she has played soccer, volleyball, softball, cheer and now shows heifers.

Nate Gwynn has attended McKinney Christian Academy for the past 14 years. Within his time at MCA he has been involved in Middle School soccer and football as well as high school wrestling. In his free time outside of school, Gwynn enjoys going hunting with his dad. Post high school he plans to attend Texas A&M University and major in Agriculture Business. His favorite MCA memory was becoming a state champion wrestler his junior year. A fun fact about Nate Gwynn that most people don’t know is that during quarantine he got a pig and named her Rona.