Mustangs put together a demanding performance as they defeat Cristo Rey, 50-28. 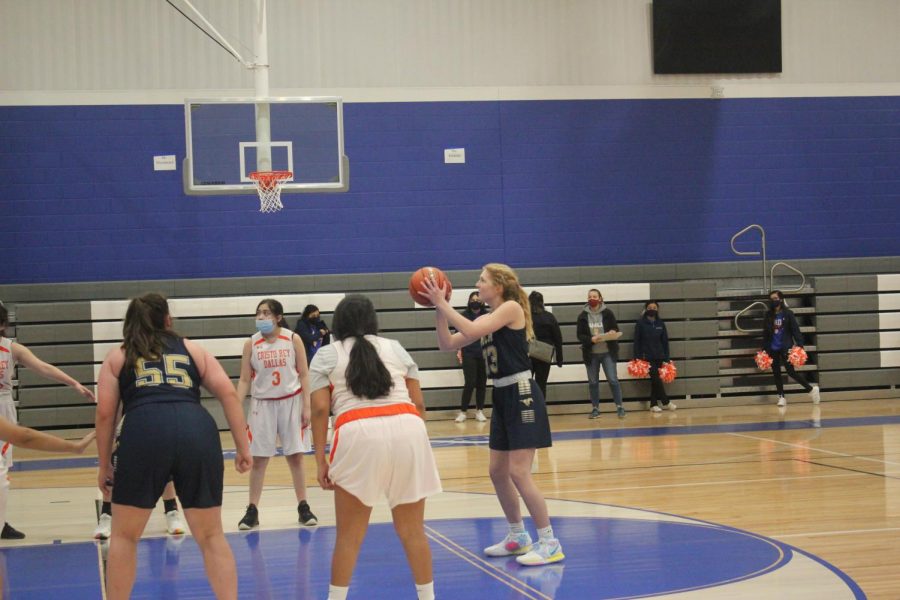 The Varsity Girls Basketball team travelled to Cristo Rey Tuesday, January 12, for their first district game of the season. The Mustangs played a strong defensive game holding Cristo Rey to less than ten points at half time. In the end, the Lady Mustangs won 50-28 advancing their district record to 1-0. When asked what she would expect from the rest of the season, sophomore Summer Utzig said “I’m excited for the rest of the season and I can’t wait to see how we get better.” The Mustangs look to continue their dominance throughout the rest of district play. The Lady Mustangs face-off against HSAA in a non-district home game at 6pm on January 22.