The Mustangs play away at Brookhill. 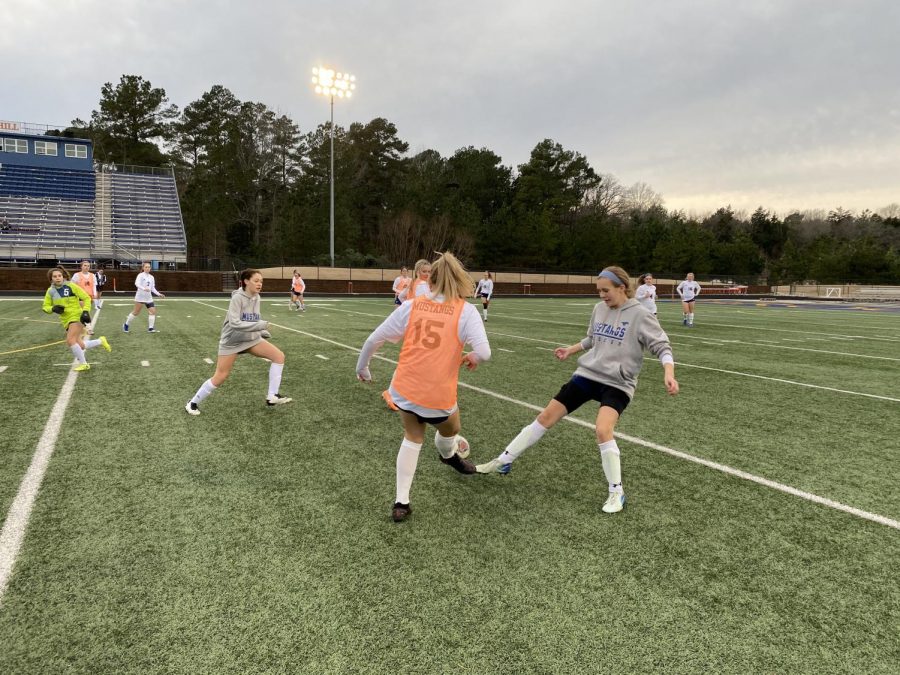 Varsity girls get ready to take the field against Brookhill.

On Tuesday, January 12, the varsity girls soccer team played away against Bullard Brookhill in their first district game. Brookhill scored in the first half taking the lead 1-0. Sophomore, Sarah Krusing scored in the last four minutes of game, making the score 1-1. When Krusing was asked about her goal, she said, “after scoring, we increased our intensity and left everything on the field. We were able to pick up our energy for the remaining minutes of  the game.” The Mustangs went into penalty kicks after regulation ended. Senior, Micah McDowell and Krusing both scored, but the Mustangs fell short in penalty kicks, 4-2.  After the game, sophomore Kate Nordhaus said, “Overall, the team played well, but we started out a little slow. We need to work on keeping our intensity level up for our upcoming games.” The Lady Mustangs next game is on Friday January 22 at Tyler Grace.