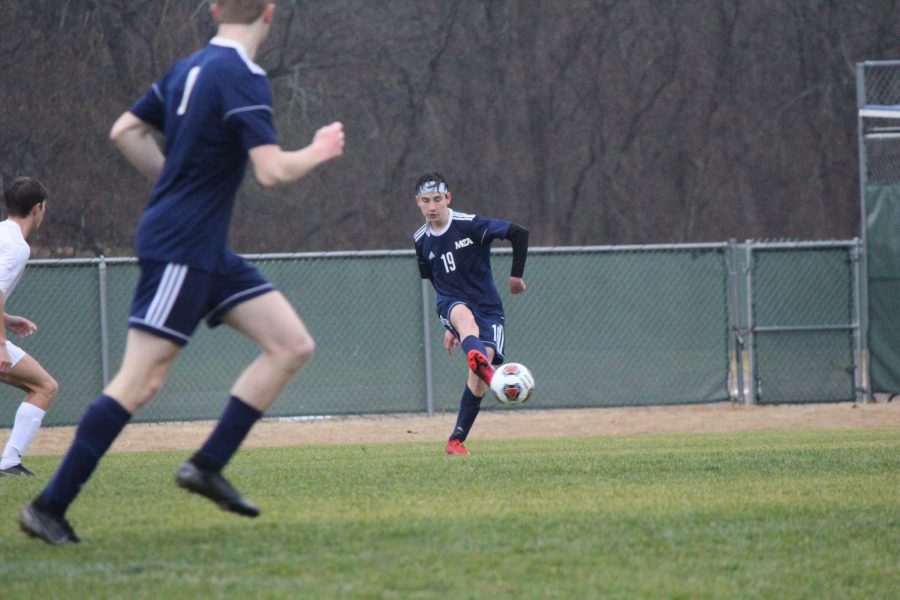 The Varsity Boys soccer team competed against Dallas Christian at home on Wednesday, January 21. In the cold and rainy weather, the varsity boys were able to come out on top with a final score of 7-3. Junior Elliott Mahadi and senior Ian Gordan scored three goals each to contribute to the win. Junior Maddox Pederson also scored a goal with an assist from sophomore Emilio Sanchez. The Mustangs had 66 percent possession, 33 shots on goal and 120 steals helping them secure the win. Junior Tyler Carpenter helped the team get the win from the defensive side of the field with 24 steals. When asked about the game sophomore Emilio Sanchez stated, “It was probably the most fun games I have ever played in at MCA. We got to play in the rain, we won and we played really well as a team.” The boys soccer team faces off against Bishop Dunne at home January 27.