The wins of the Lady Mustangs 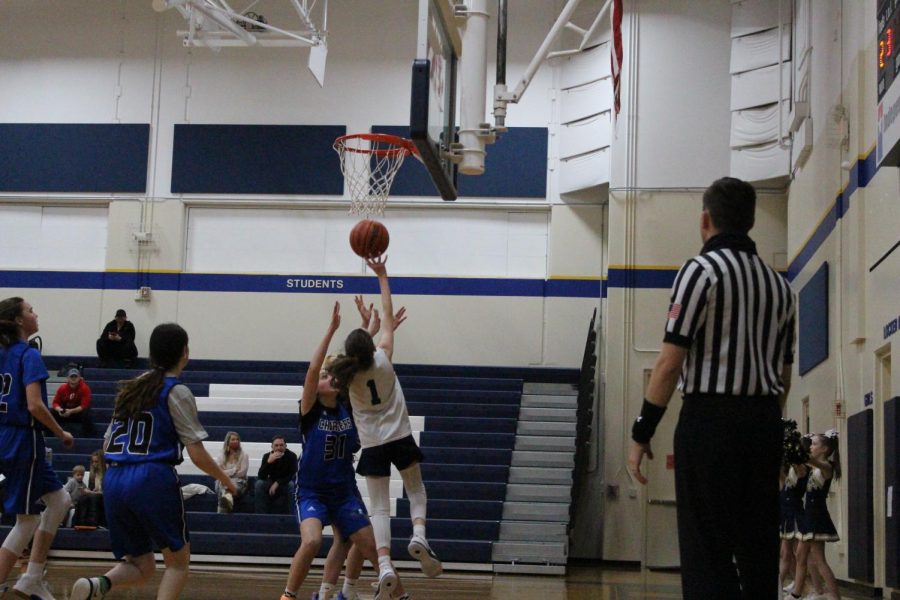 Seventh grader Sadie Zbranek makes a lay up for the Lady Mustangs.

The Middle School division one Lady Mustangs basketball team faced off against Coram Deo Dallas and brought out a crushing victory 29-8. During the game, the Mustangs had 10 girls on the team score points.  The division two team also had a victory against Wylie Prep with a final score of 26-17. The highest scorer was Sadie Zbranek, scoring 15 points for the team.