An inspiring story of Yves Muya and his experience of being a Congolese refugee to working his way up now managing multimillion dollar films. 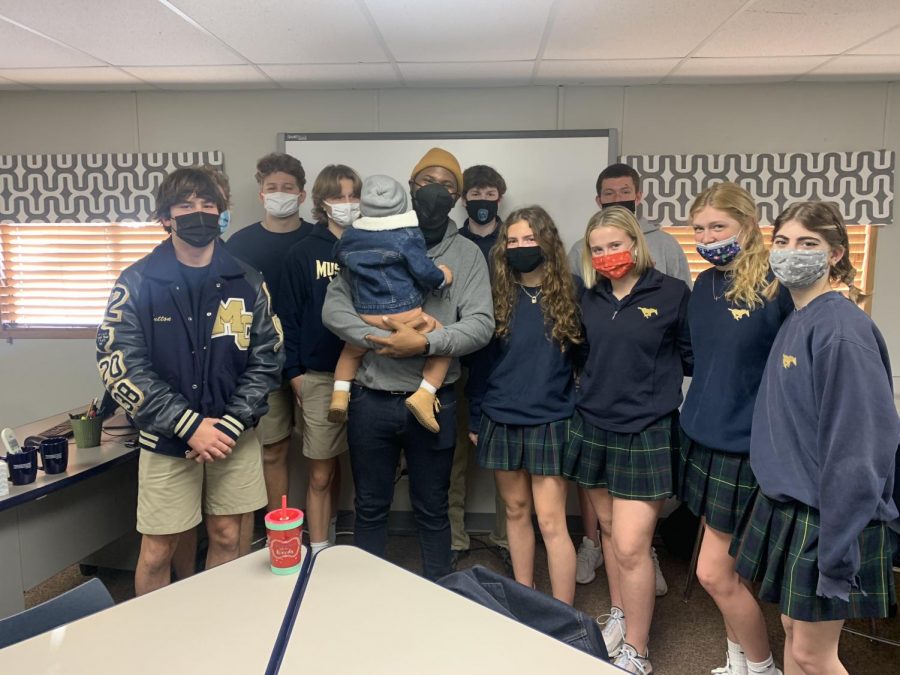 On Monday, January 25, Yves Muya, a freelance film production coordinator and manager visited the Upper School broadcast class to share his inspiring story and give the students insight into the filming industry.

Since college Muya has worked on many productions such as the Mandalorian, American Horror Story, Westworld, Shark Tank and various TV specials. Muya has also helped produce numerous commercials for nationwide brands like Target, Walmart, Verizon and Toyota. Junior broadcast student Sebastian Claudio says, “It was just refreshing to talk to someone that has made way in the film industry and that has worked on mass scale productions and really done it all. Especially since he was so honest and brutal about the industry. He didn’t try to sell me on going into film or not going into film. He talked to us like adults and that’s all you can ask for.” Muya story not only gave students insight into the film industry, but it inspired the students.