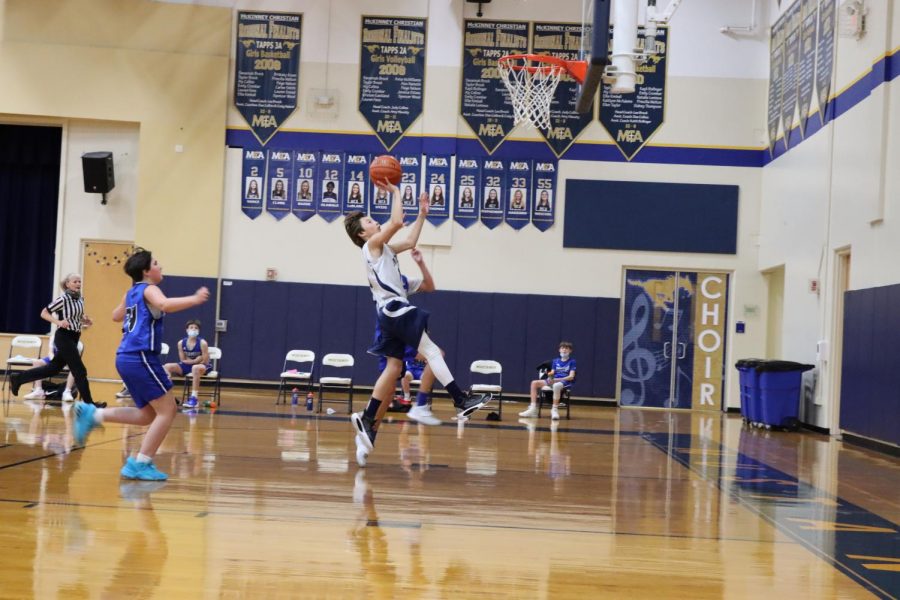 Both Middle School Mustangs basketball teams had their first playoff game against the Shelton Chargers on February 2.  The D2 team started the night hot and would go on to win 31-19 behind the seventh grade leading scorer Noah Melton with 10 points. Sixth grader Mason Reeves had this to say after the playoff win, ” It was a great win. I can’t wait to move on and advance further in the tournament.” The D2 Team plays at Prince of Peace on February 4.

The D1 team took on the Chargers as well. The game was back and forth throughout, but Shelton edged out the win in the fourth quarter, 38-33. The leading scorer was Aaron Grant with 13 points. Eighth grader Jude Westra stated this after the game,” It was a hard-fought game that just didn’t come out our way. It was a great season.” That would mark the end of the D1 basketball season with a final record of 4-5.