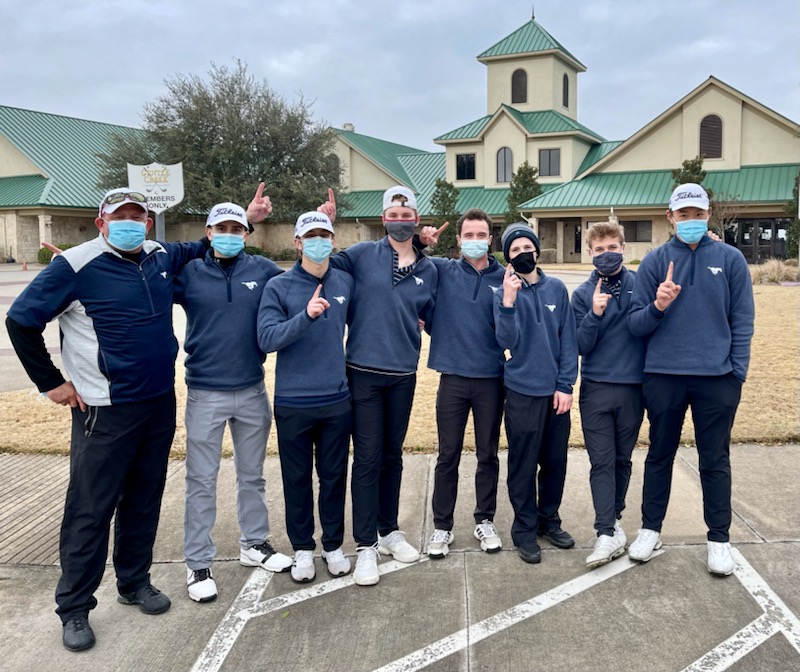 The MCA varsity boys golf team posing for a picture after winning the tournament.

The McKinney Christian Academy varsity golf team participated in a UIL golf tournament February 8. For the Lady Mustangs, junior Bekah Impiccini scored a 93 placing 9th, junior Kathryn Chambers scored a 138 placing 18th and sophomore Lily Jornod scored a 150 placing 19th. The girls tournament was an individual tournament so the Lady Mustangs did not place as a team. The boys team was led by junior Trinton Nobles who scored a 76 placing 1st, sophomore Michael Zang scored a 77 placing 2nd and senior Peter Clark as well as junior Jack Mitas scored a 79 tying for 3rd. The boys team would secure their victory in the first tournament of their season. Clark commented on the tournament saying, “It’s a great start to the season and a good momentum boost we can use going forward. I am super proud of the team about how we handled the tournament with tough conditions and competitors.” The next tournament is on February 19 at the Trails of Frisco Golf Club.