Lady Mustangs Soccer Kicks Off Playoffs with a Win

Lady Mustangs Kick off Soccer Playoffs with a win against Prince of Peace. 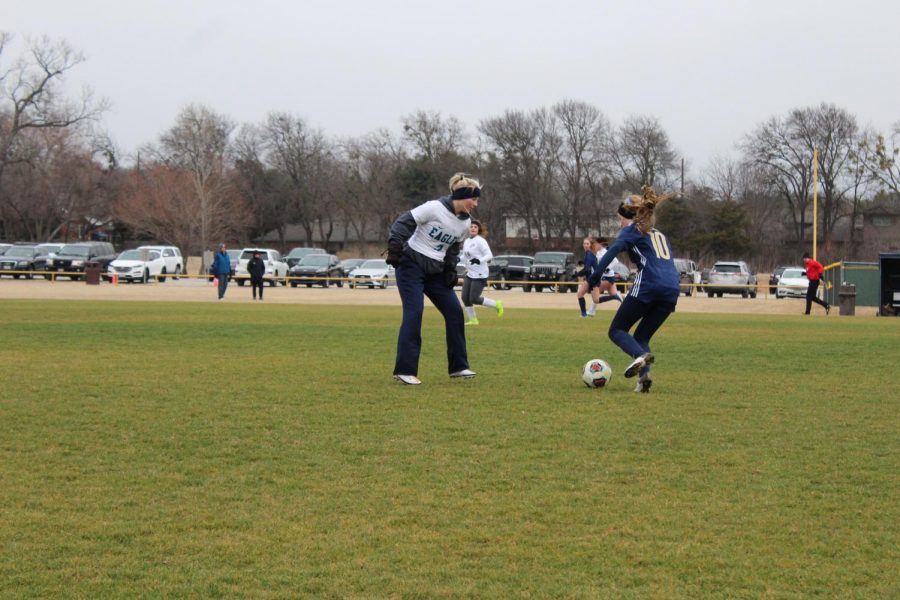 Sophomore Leigh Evan Kitzmiller carrying the ball pass the defender for the mustangs.

McKinney Christian varsity girls soccer began playoffs with their first game against Prince of Peace Christian School. The team braved through the cold weather to win 5-1. Freshman Ava Thompson scored the first goal to tie the game at the end of the first half. The Lady Mustangs came out after half time with the wind at their back and Thompson would go on to score the next two goals for the hat trick and 3-1 lead. Seniors Annie Weichel and Micah McDowell would top off the game each pitching in one goal. Senior Ruth Perry said after the game, “Even though it was cold, we were still able to play a great game as a team.” The varsity girls soccer Area playoff game is against Southwest Christian on Tuesday, February 23 4:00 p.m. at Southwest Christian.